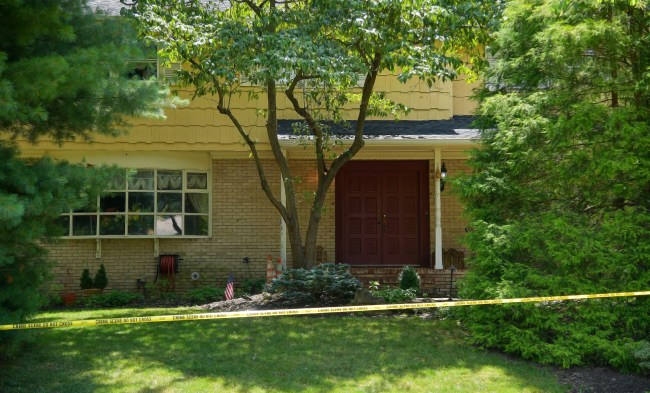 Law enforcement sources have now told CNN and WNBC that investigators believe the gunman behind the murder of New Jersey U.S. District Court Judge Esther Salas’ 20-year-old son Daniel Anderl has been found dead as a result of suicide.

A man possibly involved in the fatal shooting of a federal court judge’s son in New Jersey was found dead in New York’s Sullivan County on Monday afternoon, according to multiple reports.

The man, an attorney from New York City, is being investigated in connection with the shooting, a law enforcement official and a judiciary official told the Associated Press. The man had appeared before the judge in the past, the officials said.

Trooper Steven Nevel, a spokesperson for New York State Police’s Troop F, told Fox News the FBI was on the scene in the town of Rockland to determine if the body found there was linked to the shooting at U.S. District Court Judge Esther Salas’ home in North Brunswick.

The New York Post reports the man has been identified by sources as Manhattan lawyer Roy Den Hollander.

A package or envelope addressed to the jurist was found near the man’s body, sources said.

The gunman was reportedly dressed as a FedEx delivery man, but it is believed that he did not actually work for the company.

Four days before the shooting, on July 15, Salas was assigned to preside over a class action lawsuit brought by Deutsche Bank investors, which federal records show was brought because Deutsche Bank allegedly “failed to properly monitor customers that the Bank itself deemed to be high risk, including, among others, the convicted sex offender Jeffrey Epstein.”

The Post reports the FBI declined to comment on the deceased suspect and his possible ties to the Deutsche Bank case.

Salas previously had presided over drug-trafficking cases involving members of the Grape Street Crips, sentenced Farad Roland, the leader of the South Side Cartel, “one of Newark’s most violent street gangs,” to 45 years in prison in 2018, and was the judge that sent Real Housewives of New Jersey stars Teresa and Joe Giudice to prison for financial fraud.