Watch The Terrifying ‘Suspiria’ Trailer, Horror Movie That Nearly Caused A Movie Critic To Puke Up His Lunch 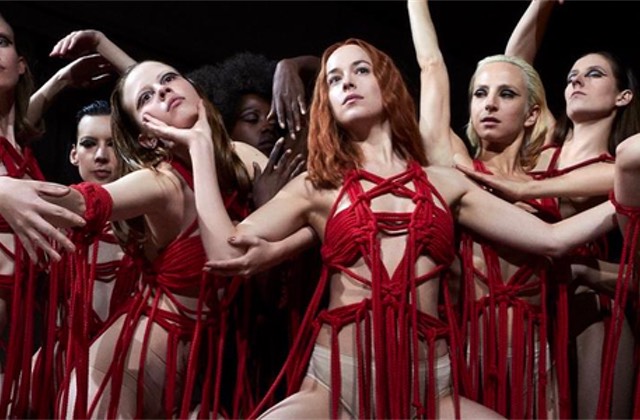 The terrifying horror movie Suspiria doesn’t come out for months yet people are already calling the psychological thriller “one of the scariest movies of the year.” Amazon Studios released the trailer for the horror film and it is disturbing, graphic, and creepy as hell.

The upcoming horror movie is a remake of Dario Argento’s cult classic thriller Suspiria from 1977. Italian director Luca Guadagnino’s (Call Me By Your Name) imagines the frightfest and dares to make it even more of a bloodbath.

The supernatural flick stars Dakota Johnson as a young American woman attending a prestigious international dance company in Germany, but then encounters a coven of witches there. One of the dancers gets literally ripped apart, leaving a pile of shattered bones in a pool of blood. Who knew dance academies could be so scary?

“No lie, [it] f*cked me up so much that I had to go to therapy,” Johnson told Elle magazine.

Tilda Swinton plays the elite school’s artistic director Madame Blanc. And there is a rumor that Swinton is also playing the role of an an elderly man named Jozef Klemperer, who is said to be played by an actor named Lutz Ebersdorf, who has no previous credits on IMDB. The cast for the disturbing film also includes Chloe Grace Moretz, Mia Goth, and Jessica Harper.

In April, Amazon Studios let some movie critics check out the terrifying footage at CinemaCon and some got queasy and sick from the pure nightmare fuel.

Suspiria will first premiere at the Venice Film Festival that runs from August 29, 2018, until September 8, 2018. The horror flick’s premiere will happen in New York and Los Angeles on October 26, followed by a nationwide release on November 2.

#Suspiria is coming to take your soul… pic.twitter.com/8yqdQHKwRL

This is just some of the artistically disturbing imagery in the new #Suspiria trailer. It's safe to say that this may be our new most anticipated film for the rest of the year… pic.twitter.com/5YggYLRJie

Get ready for gore, lots of maggots, and one dancer’s jaw bone being inexplicably yanked out of her skull by a supernatural force.