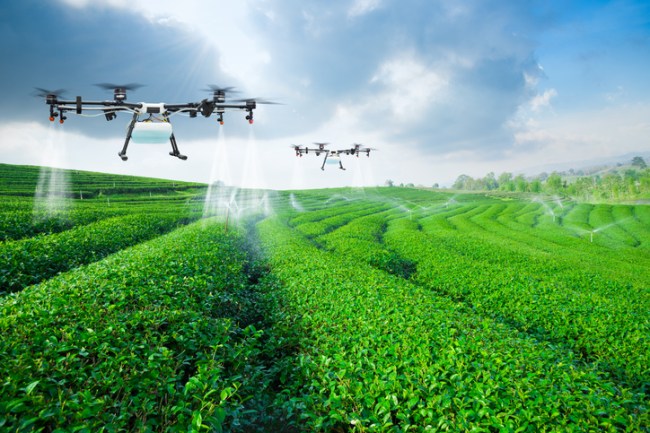 The days of a Terminator-style Humans vs. Robots War might not be so far off, at least that’s my extremely professional assessment of the escalating situation after I read reports of ‘swarms’ of drones in Colorado and Nebraska flying in formation with no explanation in sight.

According to recent reports, the massive drones have an estimated 6-foot wingspan and they are flying in ‘swarms’ of ‘at least 17’ drones at a time. They’re flying at a height between 200 to 300 feet in the air according to Business Insider and they have been spotted flying in formation across six counties between Colorado and Nebraska.

A bunch of drones out flying together isn’t all the strange but the manner in which this is all happening is pretty creepy. Phillips County Sheriff Thomas Elliott says they have ‘no answer’ for where the drones came from or who they belong to. But they have some insight into what the drones have been doing.

“They’ve been doing a grid search, a grid pattern,” he told The Denver Post. “They fly one square and then they fly another square.”

The drones, estimated to have 6-foot wingspans, have been flying over Phillips and Yuma counties every night for about the past week, Elliott said Monday. Each night, at least 17 drones appear at about 7 o’clock and disappear at about 10 o’clock, staying 200 to 300 feet in the air.

The Federal Aviation Administration told The Post it had no idea where the drones came from. Representatives for the Air Force, the Drug Enforcement Administration, and the US Army Forces Command all said the drones did not belong to their organizations. (via)

Some about the use of ‘grid search’ here is unsettling to me. I’m imagining some evil genius billionaire using drones to find some specific location out in the middle of nowhere as the sight to launch an evil plot to take over the world.

Possible explanations of what might be happening include the potential of a regional drone company testing new drone technology or it could be ‘crop searching’ as some sort of crop examination.

Of course, the much easier explanation is there’s a group of deadly robots out in the desert plotting to overthrow the human species and they’re mapping out our land so we won’t be able to hide from the Terminator‘s when they arrive.