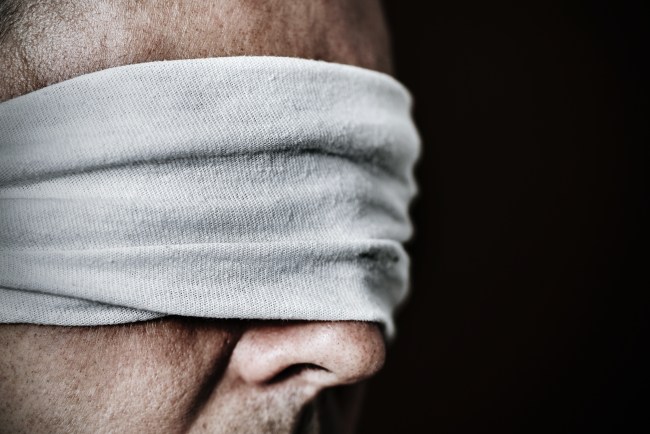 You know how people think Sweden is this idyllic country, with their long cheekbones and universal healthcare and herd immunity? Here’s a story that will shake that image up for you:

Police in Stockholm are investigating a woman in her 70s suspected of having kept her son locked up — reportedly for 28 years — in an apartment south of the Swedish capital, investigators said Tuesday.

Olsson said the 41-year-old son was found by a relative who then alerted authorities.

The relative who was not identified, told the daily that there was “urine, dirt and dust” all over the place and “it smelled rotten.”

She heard a noise from the kitchen and found the man sitting on blankets and pillows. According to the relative’s account in the paper, he had no teeth, had sores on his legs and his speech was slurred.

Human captivity stories always scare the bejesus out of me. I don’t mean human trafficking so much as the stories you hear about people being held in a regular house, in a regular neighborhood, for years without anyone knowing. That’s the stuff that keeps me awake at night: the plot of Room. Makes you realize there might be some truly sick, nightmare people living right next door to you. I really don’t want to be the guy on the news story who tells the camera “he seemed so normal. He fed my fish when I traveled. I had no idea he was keeping humans in his spare bedroom since the Obama administration.” Because then everyone looks at you like you’re the most oblivious moron in the world, that you should have seen the clues and done something about it. Makes you think it’s better to live in the woods with no neighbors at all, eliminating the risk of discovering captives and helping them escape.

Is that selfish? Seems a little selfish.

Anyway, over in Sweden, the gig is finally up for a 70-year-old mother. Some nosy relative discovered that she’d been keeping her son locked up in the kitchen since he was 13. Pretty nauseating story honestly. The image of a 41-year-old with no teeth, slurring his speech in a pile of blankets on the kitchen floor, the whole place smelling like urine… kinda feels like the dude who never moves out of the frat house, whom the brothers give some honorary title like “Treasurer/Librarian” because they think it’s funny. But it’s not funny at all.

There’s a Stockholm Syndrome joke here, but I’m too grossed out to figure it out.