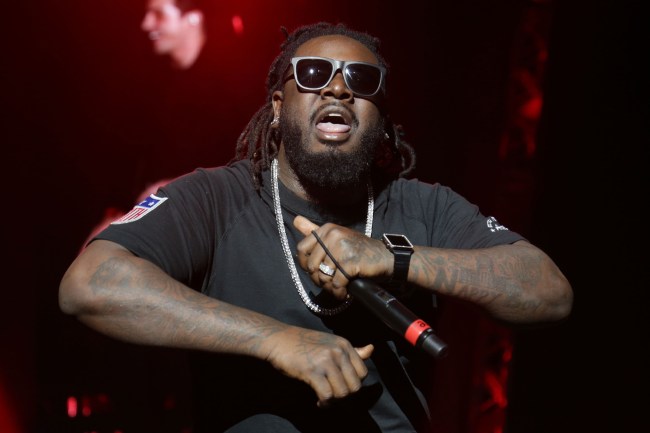 Don’t mess with T-Pain on ‘Call of Duty.’

On Wednesday night, the singer/rapper who had a string of hits in the mid-2000s was minding his own business playing COD online and was harassed by a group of racists who started yelling “fuck Black Lives Matter” and the N-Word at him.

A pissed-off T-Pain wanted to get revenge on the racists and proceeded to pick off the guys being assholes to him by wiping them out one by one in the game.

INSTANT KARMA: Rapper T-Pain gets harassed and called the n-word by group racists on ‘Call Of Duty.’ Wipes out their entire team of racist and wins next round. pic.twitter.com/N9nEW3ncBJ

Maybe Call of Duty should put T-Pain in their next star-studded commercial considering it appears that he’s actually pretty good at the game.