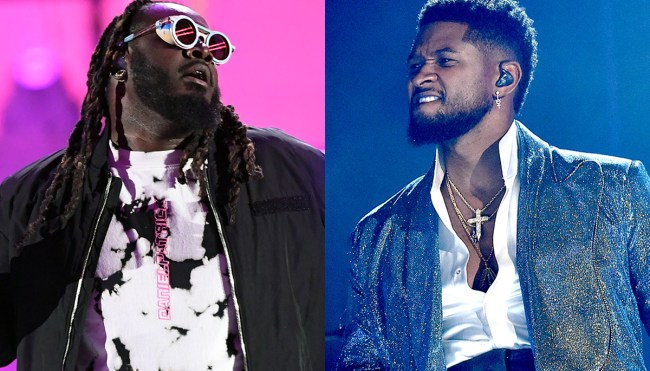 Aside from their love for flamboyant clothing, Guy Fieri and T-Pain might not seem to have a ton in common at first glance. However, when you take a look at the path they’ve followed over the course of their respective careers, it becomes clear the two men share plenty of similarities.

As was the case with the Mayor of Flavortown, T-Pain successfully upended the status quo when he burst onto the scene in the late 2000s thanks to his mastery of autotune. However, his meteoric rise to fame was both a gift and a curse, as it didn’t take long for him to become a pariah who was widely viewed as everything that was wrong with music.

Much like Fieri’s populist approach to food drew the ire of vaunted culinary figures like Anthony Bourdain and New York Times restaurant critic Pete Wells, T-Pain found himself subjected to some similarly brutal criticism thanks to the unavoidable ubiquity of the technology he’d played an instrumental role in popularizing.

Jay-Z may not have intended for the song “D.O.A. (Death of Autotune)” to be interpreted as the personal attack plenty of listeners viewed it as, but the same can’t be said for what Usher had to say when the two men encountered each other on a flight where the singer told T-Pain he “really f—ked up music for real singers.”

T-Pain said he spent years battling depression as a result of that accusation, but thankfully, he’s now in a much better place. Much like many of Fieri’s former haters have realized the chef is just a genuine dude with a passion for what he does best, the bulk of T-Pain’s detractors have since realized the error of their ways.

Over the summer, Usher claimed he’d reached out to T-Pain to make amends, but earlier this month, the King of Autotune said the singer ghosted him after initially offering to hash things out. However, it appears their beef is now officially squashed based on what unfolded on Sunday night.

According to Hot97, T-Pain invited Usher to join him on stage during an afterparty held in the wake of a show Dave Chappelle hosted in Atlanta, and a video captured the two hugging it out after Usher was absolved of his sins.