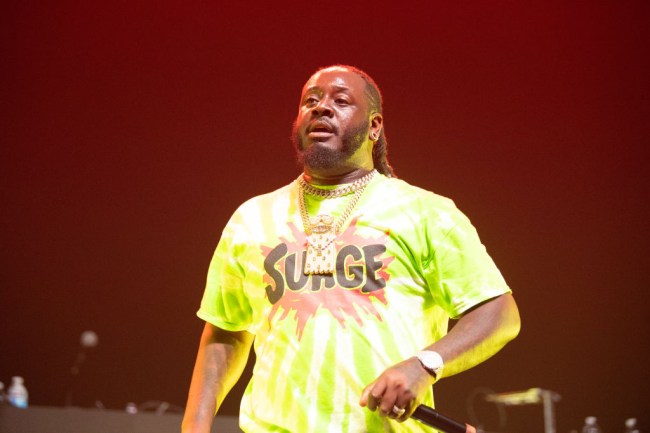 T-Pain has money in tha baAaAank. With an estimated net worth of $35 million, the Florida born rapper is said to have a car collection that spans over 30 vehicles–including a $1.7 million Bugatti Veyron, two Rolls Royce, a dark blue Lamborghini Gallardo, a yellow Ferrari, you get the picture.

Fiscal responsibility is viewed as a character flaw in the hip hop realm, so it isn’t surprising that T-Pain spends excessively on lavish toys. As HotNewHipHop points out, T-Pain was reportedly in a legal dispute with Chase Entertainment, his former management team, after he wasn’t able to pay them $1 million in fees due to his excessive spending.

But, the 33-year-old Grammy Award winner had to shell out seven figures for something a bit more necessary: to save his brother’s life.

On Thursday, T-Pain, whose real name is Faheem Rashad Najm, posted an Instagram photo of hospital bills he received from his brother’s one-month hospital stay. It’s not clear why his brother was in the hospital or what condition he’s in.

I first wanna say thank you to all the ppl that were involved in keeping my brother alive. I can’t express enough gratitude to the medical staff that kept my family whole. My brother was in two hospitals for a total of a month and some change. Just got the bills

Jesus bro, T-Pain’s brother must’ve requested a nurse to fan him with 24/7 while another feeds him truffles on a bed of gold.

Also, this bill is why I’d rather bleed out than take a trip to the hospital.