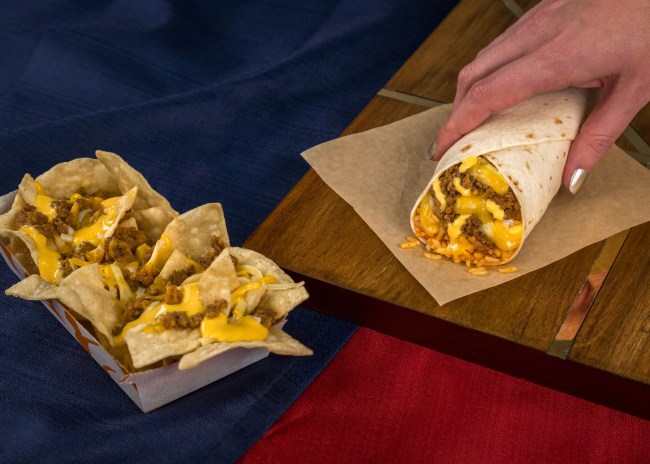 Starting Thursday, April 5th, your tongue will be swimming in cheese with the additions of the Triple Melt Burrito and Triple Melt Nachos. The new dollar foods are loaded with a shredded three-cheese blend plus nacho cheese sauce as well as seasoned beef. These will certainly satisfy all of your cheesy desires and will be available nationwide. The Triple Melt Burrito will also be available as a $5 value box with a Doritos Locos Taco, Cinnamon Twists, and a medium soft drink.

But Taco Bell isn’t satisfied with just introducing these cheesy creations because they are testing even more dollar goodness. The Bell is offering Oklahoma City residents a $1 Crispy Chicken Taco starting on April 5th. The Crispy Chicken Taco boasts a flour tortilla stuffed with crispy chicken nuggs, cheese, lettuce, and sour cream. For everyone in Chattanooga, TN, you get a special $1 Beefy Crunch Burrito that’s available starting today, April 4th. Taco Bell needs to keep their momentum going because a recent report found that Chick-fil-A is projected to pass them as one of the biggest fast-food chains in the world. 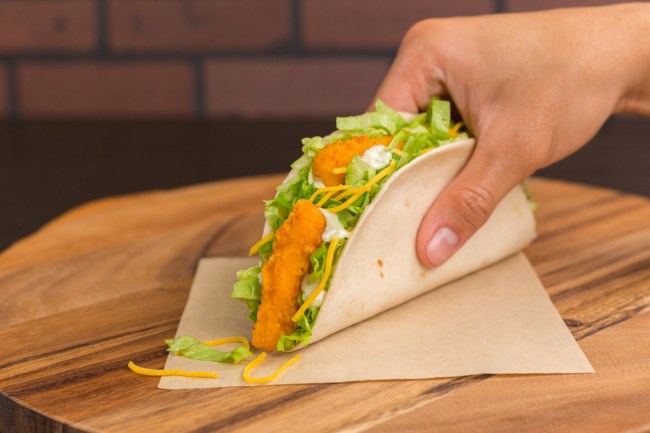 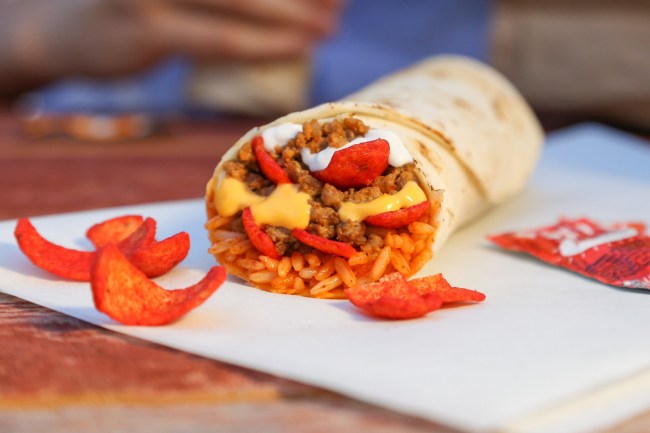