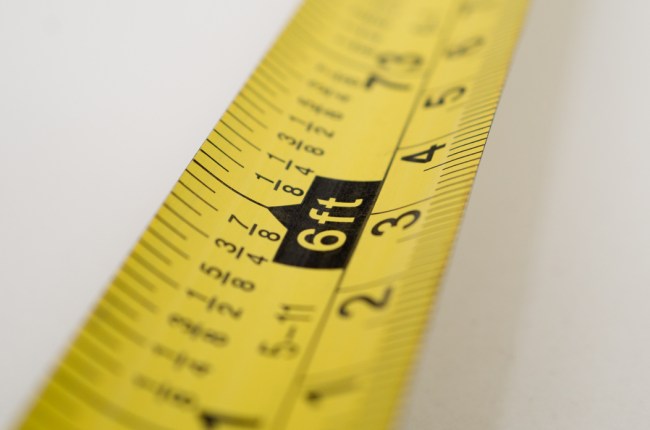 There isn’t that much you can do in life when it comes to changing whatever genetic hand you were dealt but there are a lot of people who have a hard time coming to terms with that reality. With that said, there have been medical advancements that allow men who are self-conscious about their hairline to escape the dreaded fate of being a Baseball Hat Guy and let people who once relied on glasses or contacts to leave that life behind.

From what I’ve observed, there isn’t a disadvantaged group out there that radiates an aura of self-loathing as intensely as short dudes, and while I’m not saying all of them feel this way, many seem to possess a certain bitterness that stems from always being the person who held the sign in class pictures, having to shop for jeans in the kid’s section at the Gap, and failing to get the return they were hoping for when they invested in a Tinder Gold subscription.

There is technically a procedure short guys can turn to in order to add a couple of inches to their height, which involves undergoing surgery to have your legs broken before spending the next two months recovering, which is an absolutely batshit move involving a thought process I can’t even fathom.

Part of the reason I can’t imagine what it’s like to live a vertically challenged life is because I fall aaaaaaaaall the way at the other end of the spectrum by standing at what is frequently referred to as a “freakishly tall” 6’10”.

No, I don’t play basketball but I did convince a bunch a people that I did a while back.

There are some negatives to being gifted with that much height, including the thousands of dollars I’ve had to pay to upgrade my seat while flying because I don’t physically fit in economy, the occasional ceiling fan that was lower than I realized, and the inability to buy any apparel worn below the waist in an actual store.

At the same time, it’s hard to complain when you consider the proven perks that come with being tall, as you’re statistically more likely to have a higher IQ than people shorter than you, make more money than the average person, and more likely to be attractive to women who feel the opposite way about short people.

However, there’s a recently discovered downside I can’t exactly say I’m thrilled about, as The Telegraph reports researchers in the United Kingdom who studied 2,000 people to try to determine if there are any traits that increase your risk of contracting COVID-19 found those taller than six feet are twice as likely to be infected compared to the general population.

It’s worth noting the people who conducted the study hypothesized that the illness can travel through the air as an aerosol, which lingers for longer than the larger droplets that succumb to gravity at a more rapid pace. Earlier this month, the World Health Organization downplayed that theory, but at this point, no one really seems to have any clue what’s going on so who the hell knows.

The worst part about this is that I’d normally say something like “Well, at least I don’t have to worry about seeing the stage at a concert” but concerts aren’t even a thing anymore so I guess I’ll just go fuck myself.