Tasty Tune Tuesday 3/2: The Fifteenth Edition Is About Creating Joy Amidst Personal Struggle 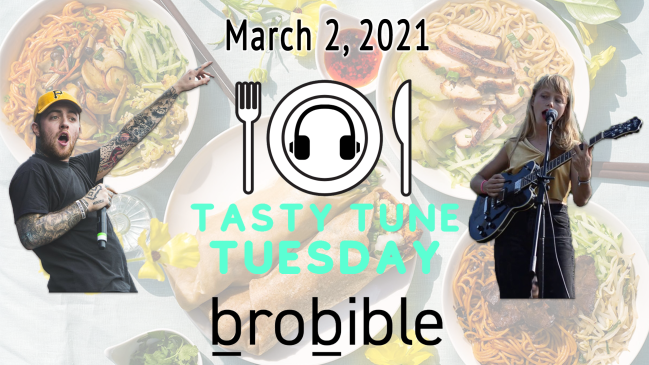 How is it March already? As we turn a page on a wild 12 months, everybody could use a solid mix of new music! On the third day of every week, I’ll drop ten songs that tickle my eardrums. Variety of tracks will range from hip hop/rap, EDM, country, singer/songwriter, Americana, R&B and everything in between— something for everyone depending on what I’m jamming that week.

This week’s collection has an underlying theme of finding the joy in your life and feeling good even when life isn’t going your way. Here’s the tracklist:

Track No. 1: All the Pretty Girls — KALEO

The tender tranquility of KALEO’s sound is very strong in communicating feelings of sadness, compassion and hope. What the song lacks in revolutionary lyrics, it makes up for in a really complete, full accompaniment to lead singer Jökull Júlíusson’s voice. He can be a bit of a Bon Iver soundalike at times.

I posed a question on Twitter a few days back about a song that doesn’t get the respect it deserves. This was my response. It’s a vibe.

Track No. 3: Be Your Girl — Teedra Moses, KAYTRANADA

KAYTRANADA breaths new life into Teedra Moses’ 15-year-old single and what he does with it is super bubbly.

This is authentic trap music at its finest. Maxo Kream doesn’t do anything out of the ordinary here. He just tells his life story and wraps it up with a stellar hook.

There is an interesting dichotomy here. Alice Phoebe Lou’s voice stands alone, but she brings such a heavy accompaniment that it almost overpowers her vocals. The key word is almost. She brings a heavy influence from relaxed, lounge-friendly jazz and then blows it out with flatly intonated guitars and a rising crescendo that mingle really well with her special sound.

Mac Miller’s ‘Swimming’ became his first platinum record earlier this week. Dunno is one of my favorites on the album and this stripped-down version is beautiful.

Everything about Matt Maeson’s music is vulnerable. He has invited us to join him on an emotional ride through the life of a man torn between, drug abuse, doubt, and faith. Be grateful for the invitation.

Joshua Ray Walker’s voice is one of a kind. Here, he tells the melodic, character-driven story of an optimistic truck stop prostitute. His coyote howl of a yodel will chill your bones.

A funky beat carries this track that is a reminder to embrace the kid in all of us. The surprisingly intricate soundscapes are warm, joyous and immersive.

I was beside myself when Denzel Curry and Joey Bada$$ joined forced with Kenny Beats for the original version of this track. And then they re-released it with The Alchemist throwing himself into the mix. It’s so, so awesome.