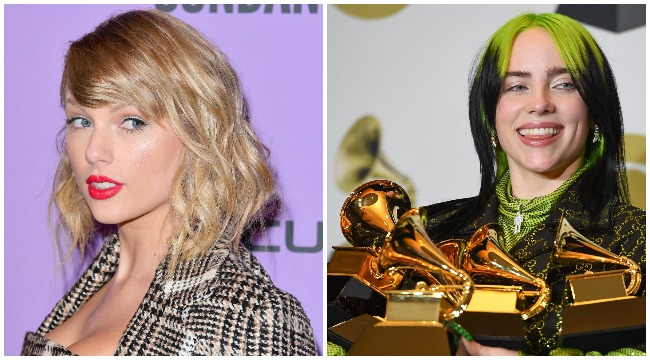 Taylor Swift just extended her record as the artist with most #1 songs (38) in iTunes history. She was named the world’s highest paid celebrity by Forbes, with $185 million in pretax income in 2019. She has amassed an estimated $360 million net worth and owns at least $84 million in real estate across four states. Her Netflix documentary #MissAmericana is the number one trending news on Twitter as I write this.

But in the words of J. Cole, if it’s money and fame you’re chasing, it’ll never be enough.

Music insiders told Page Six that the reason Taylor Swift didn’t attend the Grammy’s is because the powers that be could not break protocol and guarantee she’d take home a shiny trophy.

Multiple sources have confirmed to Page Six that Swift’s team talked to show bigwigs a few days before the live event and said that Swift would only attend and perform if she was to win a big Grammy. But Swift’s team was told the winners are not known to those planning the show, and they would not bend the rules for her.

“[Her team] called and wanted to be assured that she would win the Grammy. And while it wasn’t an explicit demand, they certainly were fishing to find out if Taylor was a winner. It was understood in the conversation that if she’s not winning, she’s not coming to the Grammys,” one insider said.

She did not win. 18-year-old Billie Eilish dropped her balls on the entire Grammy’s, taking home five trophies and dethroning as the youngest album of the year winner in Grammy’s history.

Swift’s reps are calling bullshit on the claim that she didn’t show up because bigwigs couldn’t assure her that she’d take home any hardware.

“I am on the record: These statements by anonymous, unidentified ‘sources’ are absolutely 100 percent false and laughable. She just didn’t go to the Grammys. You guys need to calm down.”

Even if the claim is true, there is no tarnishing Swift’s reputation in the eyes of her extremist fans.