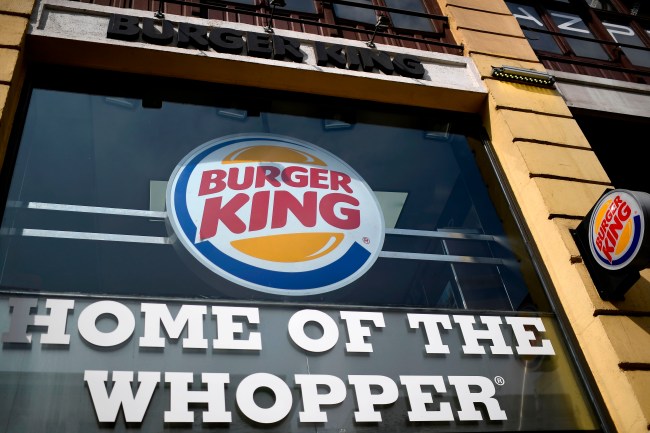 Taylor Swift superfans aka as the “Swifties” have a reputation for being a bit overprotective of the superstar pop singer.

On Wednesday, the Swifties were none too pleased with Burger King when a fan asked them what their favorite Taylor Swift song and the fast-food restaurant replied with a joke tweet. 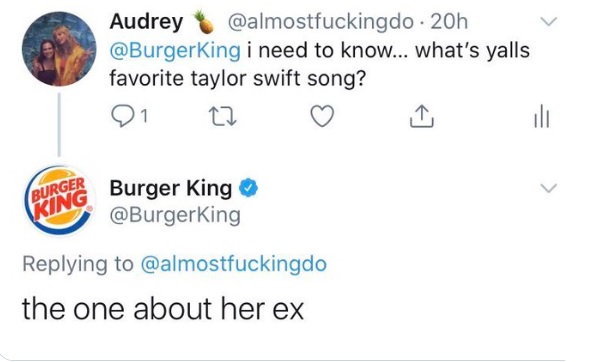 Burger King’s joke clearly pokes fun at Swift’s tendency to write about her past relationships in songs.

For whatever reason, the Swifties took offense at the joke and are now mad and have since “canceled” the fast-food restaurant on Twitter.

Wendy's is better. We shall not speak of the great value McDonalds. #BurgerKingIsOverParty pic.twitter.com/0CwHD6dRfL

we really got it trending 😭😭 #burgerkingisoverparty burger king is the worst fast food restaurant ever anyway 😭😭 pic.twitter.com/sNhvUa9unS

you can call burger king at 1-866-394-2493 or even write them a letter to voice your complaint! #BurgerKingIsOverParty pic.twitter.com/m7tq9Begjd

Non-Swifties were confused as to why people were mad at Burger King.

Wtf ALL her songs are about her ex. That’s the only reason she’s famous 🙄🙄🙄

Swifties are really cancelling a fast food restaurant I-? Are you okay??

Burger King: Makes a joke about Taylor Swift making songs about her exes

Swifties are that bored. That they are canceling Burger King cause of this tweet. 🙄🤦‍♀️ pic.twitter.com/aHVhPGSZOE

so you’re telling me swifties want to cancel a fast food restaurant? y’all are bored and it shows #BurgerKingIsOverParty pic.twitter.com/l6ozIWYZ4M

Burger King eventually deleted the post, so it appears the Swifties won.