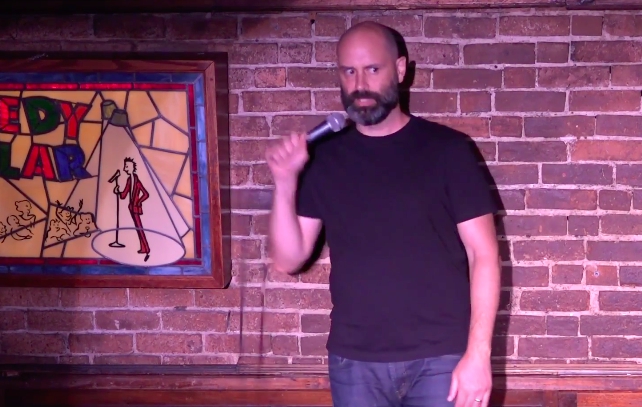 A couple of years ago, Louis C.K. was at the top of the world.

After hustling for decades, the comedian finally broke into the big time thanks to a series of stand-up specials as well as Louie, a semi-autobiographical show with an absurdist twist that was well-received by critics and viewers alike.

In hindsight, the show’s theme song was a bit prophetic when you consider everything came rightfully crashing down last year after it was revealed the comedian had a habit of doing some very questionable things in the presence of a number of women.

Louis quickly withdrew from the spotlight after admitting the accusations levied against him were true, and while he issued an apology, there are certain things you can’t undo.

However, he decided to come out of hiding last month when he did a set at the Comedy Cellar, which wasn’t exactly well received by many of his peers.

Are women who were driven out of comedy by having a co-worker assault them getting spots anywhere?

A) You know how many talented women and POC comics are knocking on doors trying to get some time in front of audiences or powerful people in this business? And Louis just gets to glide back in on his own terms? Gosh, does it payoff to be in the boys club..the white boys club https://t.co/hewlglA2a7

It’s very clear that Louis does not have a lot of friends in the comedy community anymore and it looks like we can now add Ted Alexandro to the list of people who are decidedly not a fan of the disgraced performer.

Alexandro recently did a set of his own at the Comedy Cellar and decided to dedicate most of his five minutes to tearing down C.K.

I know terms like “eviscerated” and “destroyed” get thrown around a lot these days but there aren’t many other ways to describe this.

Alexandro also dedicated a bit of time to address Bill Cosby, who was sentenced to up to 10 years in prison yesterday after finally being convicted of one of the many horrifying allegations levied against him.

There aren’t many ways to find humor in situations like these so I give Alexandro a ton of credit for actually figuring out a way to make people laugh about them.