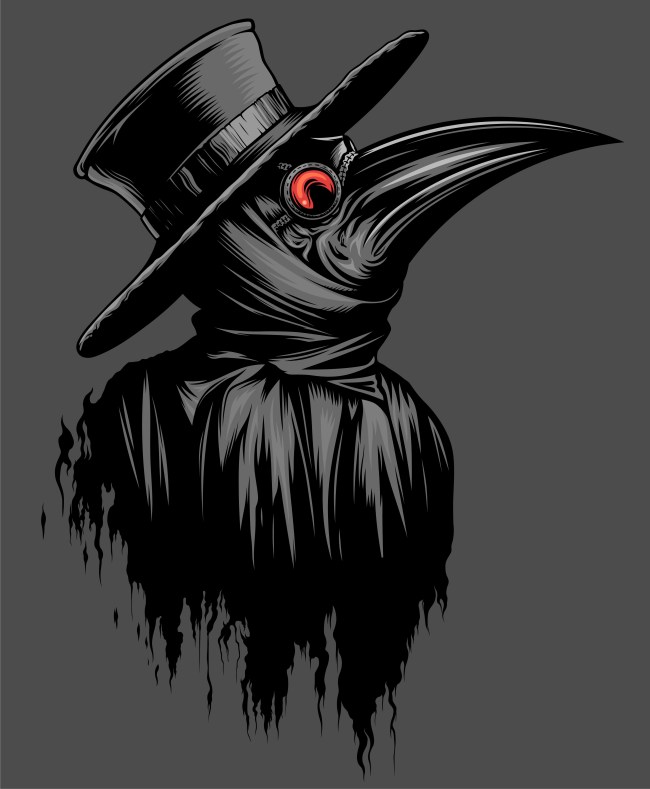 In America we have the grim reaper repeatedly showing up on a crowded Florida beach, for and even giving interviews during a live news broadcast.

Meanwhile in England, they have someone going around Hellesdon, near Norwich, dressed up as a 17th century plague doctor. You know, the creepy AF outfits and masks doctors wore back in the glory days of the Black Death.

All thanks to the ongoing global pandemic.

Now, we already have some of the story behind the Grim Reaper’s appearance in America, but what about this?

Not at all terrifying, right?

Go figure, but area residents and the local police apparently had a problem with it.

Surprised there are still people in Norfolk who remember what a 17th Century plague doctor looks like! Guessing most regular people are just having a good giggle but Mr Neighbourhood Watch & Ms Twitchy-Curtain will be demanding a police crackdown PDQ

“I was sitting there and I was getting angry myself as my mum has a phobia of masks,” Jade Gosbell told Sky News. “I know that even in daylight if she was to go round the corner and bump into him she would be so scared. Kids would be frightened, my mum would be frightened, however some people really don’t think it’s that deep, they just think that he’s having a laugh, he’s just trying to find something to do with himself during isolation and lockdown.”

Gosbell says police told her to call them if she ran into “the doctor” again.

“Officers have been made aware of an individual who was seen walking around the Hellesdon area wearing a plague outfit,” said a Norfolk Police spokesman. “Although no offenses have been committed at this time, officers are keen to trace the individual in order to provide words of advice about the implications of his actions on the local community.”

Turns out that they finally made contact with this individual and it was a “boy in his late teens.” Damn kids and their stupid plague costumes

“The individual has been spoken to about the consequences of his actions and the effects they may have on some people in the local community,” said a Norfolk Police spokeswoman. “He was given words of advice as a result.”

So going out dressed as Spiderman is funny and community spirited but this isn’t. What’s the difference? He’s not done anything wrong apart from look like a dick.

Give it that guy who dressed up as a plague doctor in Norfolk!