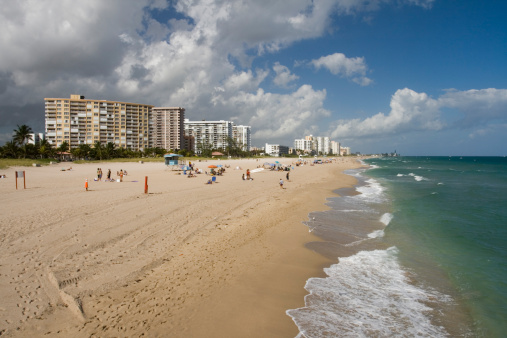 One minute you’re having the best time of your life as your friends bury you in the sand at the beach, a short time later there are parasitic worms eating you alive. Life is crazy like that and this was the dire situation that one teen found himself in recently.

We take you to Pompano Beach, Florida, where Kelli Mulhollen Dumas and her son Michael went to the shore on June 19th. The Dumas family from Memphis, Tennessee, were returning from a mission trip and enjoying some time at the beach. The 17-year-old was buried in the sand by his friends. Four people in their group contracted a parasitic infection of hookworms. Sadly, Michael suffered a horrible infection on his foot.

Michael complained of tiredness and ear pain, then blisters showed up. Kelli took her son to the pediatrician four times and a dermatologist. Michael’s foot became extremely irritated, swollen, and ravaged by blisters by the flesh-eating parasite. I must warn you that the photos are terrifying.

I’m going to wear shoes into my own shower and to bed. Hookworms are soil-transmitted parasite worms that can penetrate the skin of humans and typically live in the small intestine. The worms burrowed under his feet while he was buried and he now has permanent scarring. While most hookworm victims have very limited side effects, Michael had a terrible case.

Michael was prescribed Clindamyacin, Ivermectin, a steroid dose pack, and Albenza which cost $1356 for 6 pills, and that’s with insurance. While the doctor used liquid nitrogen to freeze Michael’s foot, he could actually feel the worms moving in his body. Good luck falling asleep with that thought in your head tonight.

The mother contacted the Pompano Beach health department, but they said it was common knowledge that parasites can be contracted from beaches. Michael still can’t wear shoes yet because his foot is still so tender. With all the knowledge of how dangerous worms can be, how could so-called scientists bring back worms from 42,000 years ago back to life?