Tekashi 6ix9ine Claims He Abandoned Instagram Because He Got Fat, Loses 60 Pounds 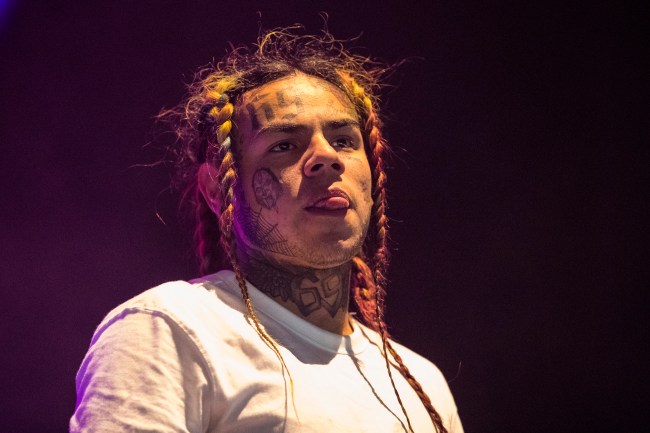 In a bizarre and unexpected change of events, it has been revealed that Tekashi 6ix9ine—the same guy who mocks the death of others while traveling with an army of former law enforcement officers—is capable of self-doubt and introspection.

The 24-year-old Brooklyn rapper claimed that he took a six-month hiatus from Instagram and making music because he had ballooned up to 204 pounds, which is quite hefty for a five-foot-fiver.

Hey guysss………. SO the real reason I LEFT Instagram and MUSIC for 6 months is because in September I was the biggest I ever got .. I weighed 204 pounds and I was kinda going through a lot in life and I was just constantly eating and eating…… I told myself to put the music to the side and focus on myself and here I am today 60 pounds lighter at 140 … ALL THIS TO SAY … – IN LIFE everyone needs a break, in the chaos of everything that is going on in your life, tell yourself “ I control what happens in my life” do NOT let anyone tell you that things you want it’s not possible, that’s FALSE! YOU WANT IT GO GET IT ! OWN THAT SHIT ! I AM AND FOREVER WILL BE THE KING OF NEW YORK CHECK THE FUCKING STATS !!!!!!

Tekashi didn’t post anything on Instagram from September 5, 2020 to February 4, 2021 (so five months). The slimmer Tekashi is back on his old bullshit, posting 15 photos and videos to IG since. Back in October, he was reportedly hospitalized for overdosing on diet pills, which is as gangster as it gets outside of being released from prison because you have asthma.

Tekashi is evidently feeling himself in his new skin, and it’s only a matter of time before he starts shilling out protein teas on his IG. STAY GANGSTER.