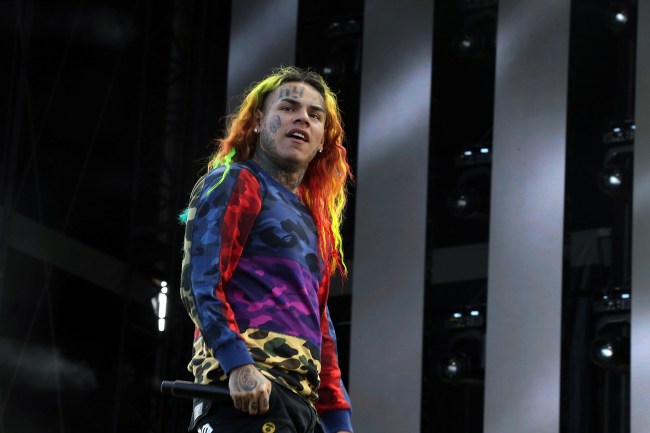 Tekashi 6ix9ine is back making headlines again over his distasteful trolling.

On Friday morning, Chicago rapper King Von was tragically killed after getting shot during a fight at an Atlanta nightclub

It’s with great sadness that I have to confirm that King Von has passed away. I spoke with his manager who luckily has survived being shot and is currently recovering in the hospital. However, Von manager did confirm that Von was shot and did not make it. 😢 RIP King Von

An well-known rapper was one of the people killed in a shooting outside an Atlanta hookah lounge early Friday morning.

The shooting happened around 4 a.m. outside of the Monaco Hookah Lounge on Trinity Avenue near Forsyth Street.

According to the Georgia Bureau of Investigation, Dayvon Bennett, aka King Von and two others were shot and later died as a result of their injuries.

Investigators said Bennett and a group of men went to the downtown Atlanta location after leaving the Opium Nightclub where two men apprached them in the parking lot and an argument began.

Police told FOX 5’s Emilie Ikeda the dispute became physical between two large groups of people. Guns were drawn, and the groups started shooting at each other, despite an APD patrol car parked in their line of sight, according to police..

6ix9ine, who had beefed with Von in the past, laughed at the rapper’s death on Instagram.

6ix9ine laughing under post that talks about King Von’s death.

Tekashi went on to troll Von’s close friend Lil Durk, while he was grieving on Instagram.

Back in late August King Von was critical of 6ix9ine for going to Chicago’s O Block to the spot where Lil Durk’s cousin Nuski was killed as a troll.

“That shit with 6ix9ine, that shit ain’t cool,” Von told his followers watching him on IG Live. “They got this man running around and it’s funny and shit, That shit ain’t funny, gang. “’Cause it’s like this, I don’t know the n****, gang. I don’t give no fuck about the n**** 6ix9ine. I don’t know him. But he told on all type of people, gang and get people locked up and shit.”

Fans of King Von were extremely upset with 6ix9ine for laughing at Von’s death.

was real quiet after that flop tho… now this the first shit he do https://t.co/7tZ54fb4z0

what a piece of shit https://t.co/2BIk18GxVE