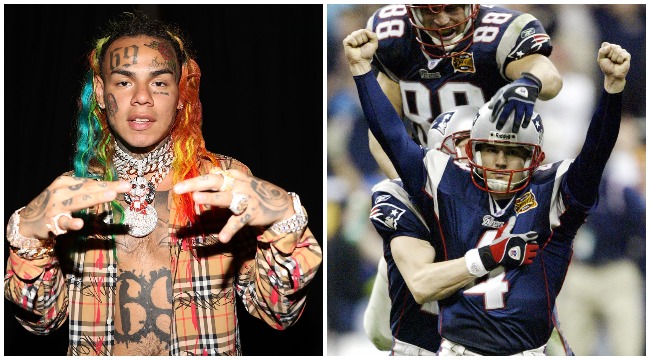 Unless you’ve lived it, there’s no way of telling what goes through the mind when you are facing three decades in a cage.

At that point, I’d have to imagine that you live the mantra By Any Means Necessary, and writing a handwritten letter to U.S. District Judge comparing your situation to kicking a game-winning field goal in a Super Bowl from 15 years ago may even seem like a good strategy. Who am I to judge? I am a law-abiding man, minus my occasional rendezvous with illegal narcotics.

Anthony “Harv” Ellison—the 32-year-old who was found guilty last year of a gunpoint kidnapping of Tekashi 6ix9ine, as well as charges of racketeering conspiracy and the slashing of a rival gang member—is trying his darndest to escape the 30 year prison sentence recommended by the government.

In a six-page handwritten letter to U.S. District Judge Paul Engelmayer, the Nine Trey Gangsta Bloods member, who was once Tekashi’s bodyguard, pleaded for leniency in his October 15 sentencing in an unconventional way.

“I can imagine this is how Adam Vinatieri and the Patriots felt in 2004 Super Bowl 38 at the 41-yard line,” Ellison wrote in the unsealed letter obtained by the New York Post. “Clock is ticking, everything is coming to this. The weight of the world is on my shoulders.”

On this date in 2004, Adam Vinatieri added to his legend with the kick that won Super Bowl XXXVIII 😤

Call me crazy, Harv, but I think you have further to fall.

Ellison also insisted to the judge that he has matured since slashing a rival gang member from ear-to-chin and is now dedicated to becoming a better person.

It remains to be seen whether or not he’ll be granted the opportunity to prove it.