Tennessee Man Reportedly Cut Off His Own Penis, Threw It Out Of His Car During Police Chase 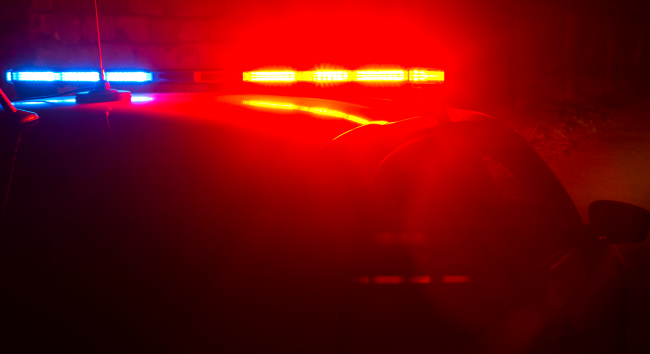 Stick a pin in the state of Tennessee. Usually a crime story such as this would come to us from the state of Florida, or at the very least, Ohio, but nope, a man in Tennessee reportedly cut off his own penis and tossed it out of his car while being chased by police.

39-year-old Tennessee man Tyson Gilbert was taken into custody by Tennessee Highway Patrol (THP) and numerous other law enforcement agencies including the DeKalb County and Wilson County Sheriff’s Departments, and the Alexandria and Watertown Police Departments after fleeing from officers.

Gilbert first caught the attention of Trooper Bobby Johnson of the Tennessee Highway Patrol when he spotted his Honda Accord parked partially in the roadway on the highway blocking traffic, reports WJLE 101.7 FM.

When Johnson started flashing his cherries to get Gilbert’s attention he took off, leading police on a two county chase.

Related: ‘Legend’ Goes Viral On TikTok For Absolutely FLYING Away From Cops On His Rollerblades

“When I pulled up behind him and turned my lights on he took off and refused to stop. He was all over the road the whole time. He turned off on Old Liberty Road and came to a stop. He opened his door. He was naked and covered in blood. He then shut his door and kept driving,” said Johnson.

“The Alexandria Police Department spiked him (put down spike strips) on Highway 70 as he was going through Alexandria. He kept traveling westbound into Wilson County. The THP spiked him in Watertown, but he continued westbound. We finally were able to box him in and got him stopped on Highway 70 right before the Interstate at I-40 and took him in custody. He was then transported to Vanderbilt Hospital.”

Trooper Johnson added, “The first spike strips got one of his front tires and the second got the other tire. The Wilson County Sheriff’s department tried to spike him past Watertown but missed. After that it became a slow speed pursuit with him running on his rims until we boxed him in.”

Local media reported that the blood stemmed from the fact that Gilbert had cut off his own penis because voices coming from the radio had told him to do so in order to save the world.