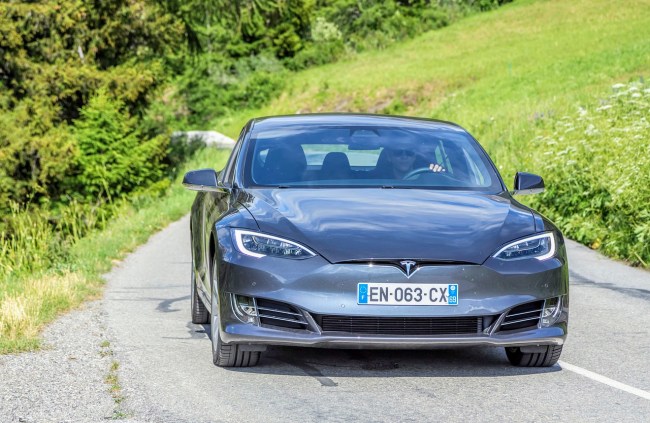 A video of a driver sleeping at the wheel of his Tesla automobile speeding down a California highway has gone viral on Twitter.

A man and wife were driving on the busy I-5 in Los Angeles when they noticed the driver of a Tesla was “totally asleep.” On Wednesday, Clint Olivier posted video of sleeping driver on Twitter.

The video showed a driver with his head slumped to the side, resting against the window, as his Tesla was speeding down the highway.

“He’s totally asleep… this is crazy,” said Olivier’s wife, who took the video. The man suddenly wakes up and grabs the steering wheel at the end of the video.

This certainly isn’t the first time a Tesla driver has taken a nap when they were supposed to be driving.

Or using Tesla’s autopilot to play Scrabble and have a lightsaber battle.

Tesla cars are not completely self-driving automobiles. Tesla vehicles are not considered fully autonomous, but instead offer an advanced driver assistance system.

Current Tesla models are rated as level 2 by the Society of Automotive Engineers (SAE) for their self-driving capabilities. Level 2 means that the vehicle is able to control both the steering, acceleration and deceleration, but the driver remains in control of the car at all times. The highest SAE self-driving category is level 5, where humans are not needed at all for the car to drive and the vehicle can respond to obstacles, other cars and the driving environment as a whole.

Tesla is working on the next-generation hardware and software that will improve their vehicles’ self-driving capabilities. The next-gen driving system is said to be “three times better” than the current system and is expected to be available in about two years.

Elon Musk, what do you think about people sleeping while in your cars?