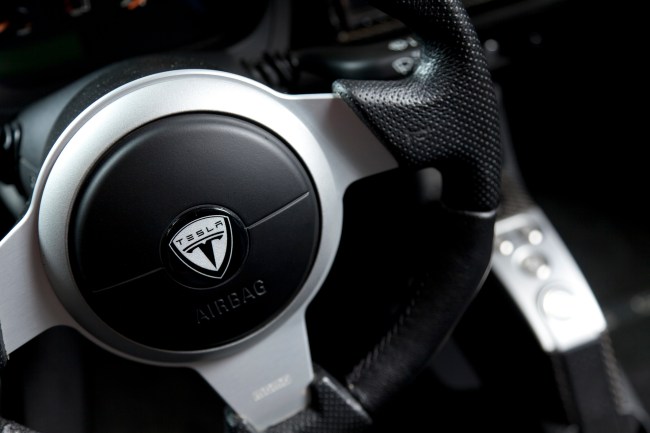 In the early 2000s, a group of guys who probably self-identify as “disruptors” set out to usher in a new era of transportation and prove what electric cars are truly capable of.

That company was Tesla and one of those guys was Elon Musk, an early investor who would eventually become the face of the corporation.

Initially, the Prius was the car of choice among drivers who wanted to make sure people knew they care about the environment but it got shoved into a locker in 2008 when the Tesla Roadster proved eco-friendly cars could actually be cool.

In the past decade, Tesla has made some absolutely insane technological advances and offers a few models packed with an impressive number of features— like the ability to drive themselves— and an engine capable of beating supercars in a drag race.

Tesla models are filled with hidden bonuses and last week Musk suggested owners would be getting a Christmas gift in the form of some fun easter eggs.

On Sunday, Musk took to Twitter yet again to tease the release of a new app that has something to do with farts because there’s nothing Musk likes more than juvenile humor (even when it costs him a job and $20 million).

Tesla 💨 app almost done. Important to get every note right!

Musk made good on his word and Tesla released a software update giving drivers access to a library of fart sounds to use for their own amusement.

Behold the magic of what has been officially dubbed “Emissions Testing Mode.”

According to Inverse, Tesla owners can program the car to make one of six fart noises when using their blinker or turning a knob. The sound effects have names like “Short Shorts Ripper” and “Not A Fart” (a reference to the “not a flamethrower” Musk used to raise funds for The Boring Company).

I’m glad Musk continues to be the change he wants to see in the world.