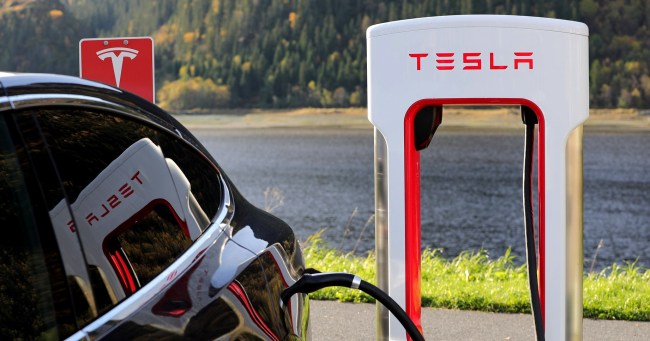 Tesla’s app, which many owners use as their vehicle’s key, was down for hours Monday, leading to a firestorm of complaints on social media.

Yes, before you ask, these same Tesla owners are given an actual physical key card or fob that will unlock their cars, but because it’s 2019, many of these owners just use the app on their phone exclusively, ignoring the very real possibility that some day the Tesla app might crash.

Which is exactly what happened Monday evening when numerous car owners were out and about and suddenly found themselves stranded because they were locked out of their cars.

According to Downdetector.com, the Tesla app outage started around 7:30 p.m. ET and lasted about four hours with no warning that it was going to happen.

Tesla did not issue any statements, or offer any reasons for the outage, so naturally, also because it’s 2019, many of these Tesla owners vented their frustration on Twitter.

@Tesla @elonmusk i am locked out of my car and been on hold now for 12 minutes. Why is it so difficult to talk to a Tesla trained human for support?

@Tesla what’s the status of the network? I’m stuck at a supercharger, plugged in. Trying to get home with a dead key fob, was using the app to run the car. Now the system’s down for 3 hours. Help!

@Tesla your server is down for maintenance and we’re locked out of the car. What’s your ETA?

According to the Tesla App Support web page…

If you’re experiencing performance issues with the app, the following troubleshooting steps can also be used:

• Logging out and logging back in
• Deleting and reinstalling the app
• Powering off your phone completely, and powering it back on

So, basically, Tesla owners were just supposed to try the universal fix for anything electronic: turn it off then back on again. Sadly, that did not work, for hours.

@elonmusk @Tesla locked out. Phone app doesn’t respond. Signed out and signed back in but it says no cars in the account.

Have to love how people were tweeting directly at Elon Musk, like he is going to answer customer service complaints.

Hey @Tesla. I love my new Model 3… but now the app won’t refresh, won’t let me sign in, and says I have no vehicle. I’ve been on hold for tech support for an hour. Is my new car a red brick already?

@Tesla the app has been down for hours. Will somebody fix it?

What’s more disappointing is the lack of any status page and communication from Tesla. If they’re all hands on deck, they’re sure not assuring customers they are. A phone queue is not scalable to notify all customers. @elonmusk @Tesla #iamdisappoint cc @jnericks @billythebilli https://t.co/3bV3qP9tL1

Is it wrong that I find these folks’ frustrations with Tesla hilarious?