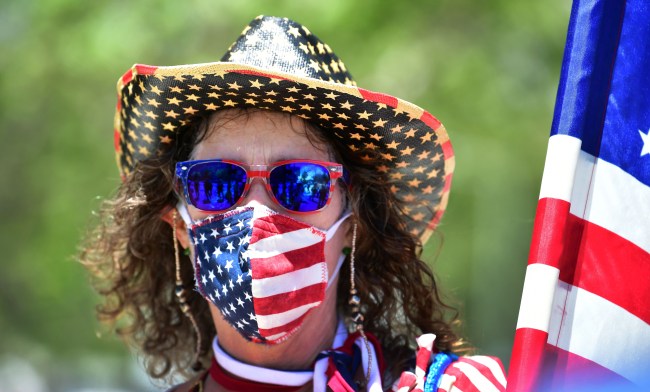 The United States has officially flattened the curve, despite COVID-19 deaths eclipsing 57,000 in the country, a comparable number to the American lives lost in the Vietnam War.

While there is still a ways to go to “squash” the curve, nine U.S. states will begin steps to re-open the economy. While each state’s approach varies, states like Georgia are the most aggressive—hair salons, gyms, tattoo parlors, movie theaters, restaurants already open.

Texas Governor Greg Abbott is diving into the re-opening waters, announcing that he will lift the state’s stay-at-home orders beginning May 1, allowing businesses like retail stores, malls, restaurants, theaters, libraries, and museums to reopen Friday but limits occupancy to 25%.

CNN reports that Abbott, whose order supersedes local mandates, wants barbershops, salons, gyms and bars open “as soon as possible” and expects them to open no later than mid-May.

“Now it’s time to set a new course, a course that responsibly opens up business in Texas,” Abbott said. “We will open in a way that uses safe standards — safe standards for businesses, for their employees as well as for their customers. Standards based upon data and on doctors.”

If Texas sees “weeks of data to confirm no flare-up of COVID-19,” the state will roll out phase 2 of its re-opening plan: businesses being allowed to double capacities to 50 percent.

Texas’ plan butts heads with the consensus of experts who agree that in order to control the epidemic with no social distancing measures, states  will need to build the capacity for additional testing and contact tracing. Texas medical and public health officials have told CNN the state isn’t doing at a large enough scale to reopen.

Texas ranks 48th in the country in per capita testing for COVID-19. Experts say most major cities in Texas haven’t hit their peak.@GovAbbott’s rush to reopen our state is about politics, not public health. pic.twitter.com/svLNOl6rhc

The choice has prompted a #SoTexas hashtag on Twitter that highlights the state’s ill-conceived plan to re-open at the potential demise of its citizens.

Is there anything more Texas than this?? pic.twitter.com/hlzTkgGjxF

Texas wants to kick people off of unemployment so they don’t have to pay it anymore. Reopening a business during this at 25% capacity will only lose money daily. The government has always hated the working class and it shows more and more everyday #SoTexas

Stupidest governor next to the one in Florida and Georgia. We literally have failed our healthcare workers/heroes #SoTexas

How would you like to be a minimum wage waiter forced to go back to work and serve food to someone who doesn’t believe Coronavirus is real? #SoTexas pic.twitter.com/oQiGLcATE4