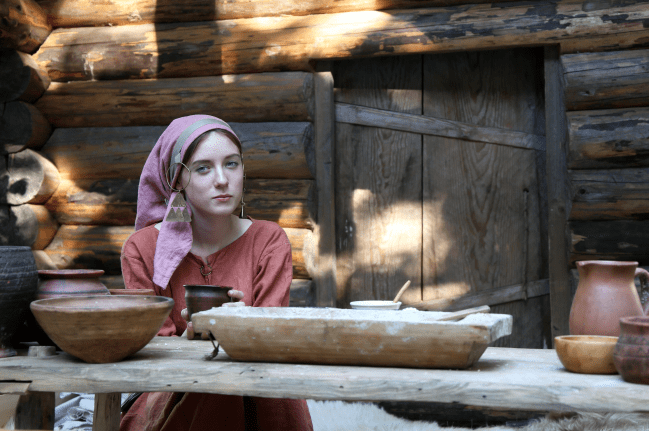 A long-standing tradition at a Texas high school has become the latest victim of cancel culture:

It was a tradition that went back years at Shallowater High School in northwest Texas. For one day, the senior boys dressed in suits and ties and the girls put on frocks and heels.

The boys addressed the girls as “milady,” held doors open for them and helped them to their seats in class or at lunch. The girls had to walk behind the boys and were forbidden to “complain or whine” or demonstrate any kind of “intellectual superiority.”

The rules were part of an assignment from an English teacher who for years had used it to show students in her class how women were treated as inferiors under the chivalric code of medieval times. But this year, the school in Shallowater… canceled the lesson amid parent complaints that asking girls to act subserviently to boys was the wrong way to teach them about sexism and history.

Another high school role-playing assignment bites the dust. Don’t you miss the good old days, before parents were on Facebook raising complaints about teaching methods, when your AP US History teacher could set up a mock slave auction using the students to paint the scene? (This really happened in my class. They had half of us do as many pushups as we could in one minute, while the other kids watched and then “bid” on us. The kids who did the most pushups garnered the highest bids. At least for one day, I was the most wanted kid in school.)

Gotta believe that Shallowater, Texas isn’t exactly Berkeley, California in terms of wokeness. Which makes me think that there aren’t too many assignments like this still happening around the country. Stories like this one used to break more frequently, but lately, they’ve slowed to a trickle. Shallowater might be one of the last bastions of “traditions that probably should have stopped a while ago, but didn’t simply because they were ‘traditions.'”

And what, pray tell, did this tradition entail?

Boys were asked to rise any time a female student or faculty member entered a room, to avoid profanity or “vulgar words” and to “allow ladies to leave the room before they leave.”

Stand up any time a girl walks in? No swearing?! Let the ladies leave first?!! This sounds just as bad for the guys as it does for the girls! The uproar is unwarranted! The exercise is equally bad for both sexes!

Girls had to walk behind men or “walk daintily, as if their feet were bound”; address men with “a lowered head and a curtsy”; “clean up” after their male classmates; and “obey any reasonable request” from a man.

Oh. Nevermind. That’s much worse. Clean up after the male classmates? That’s a nightmare in high school. “Obey any reasonable request from a man” is… terrifying language in 2021. Even thinking about that sentence gives me chills.

The article actually shows some pretty impressive perspective from a couple of the students. They seemed to understand what the teacher was going for—to illustrate that medieval customs WERE chauvinistic. They even said that some kids looked forward to this day. Gotta believe that Medieval sexism day was more popular with the guys than the girls though. But probably for the best to let this tradition go.