The 12 Ages of Christmas: Why The Holidays Suck The Older You Get 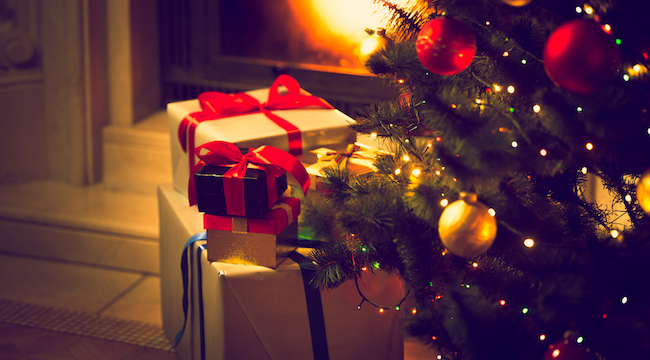 The 12 days of Christmas — the air cold and crisper, the world just a little nicer and the one day of peace and love throughout the world is fast approaching. Life feels like a Dickens novel come to life… for absolutely no one over the age of eight.

For more than 85% of our lives, Christmas sucks. We spend most of our years on Earth chasing a feeling, or holiday spirit, from our youth that will never return. The Christmas spirit disappears once we’re old enough to realize the world is one massive decorative ball of suck.

People feel differently about the majesty of Christmas, and it all depends on their age. Here are the 12 ages of Christmas and what you’re probably feeling, or can expect to feel once you hit these ages, during the holiday season.

1-5 years old — A young child doesn’t understand the concept of Christmas. Toddlers enjoy the pretty lights, the gingerbread cookies and popcorn ball treats, the songs and carols and everything fun about the holiday but they don’t quite yet understand the power of Xmas. To young kids, Christmas feels like a second birthday except the gifts are doubled, there is no blowing out of birthday candles or parties with ponies taking dumps in the backyard.

6-8 years old — This is the Christmas sweet spot. The age when anything — any gift, magical event, or wish is possible thanks to a fat man living up north in a house full of midgets making toys identical to major manufacturers (yet no one seems to mind). The holiday also includes the greatest gift of all — a week off from school and the constant torture of teachers, bullies and the inability to take a dump for eight hours a day because no one shits at school under any circumstances.

9-12 years old —  Santa is a lie. You had an idea a few years earlier, but now all signs point to your parents shoveling you bullshit for the first decade of your life. What else have they been lying about? Oh just tooth fairies, bunnies delivering chocolate and your uncle who stopped coming by the house a few Thanksgivings ago. He’s not away on business, he’s in jail, but they won’t say exactly what for. Maybe lying to his kids about a jolly fat dude with a perverted sounding “naughty” list and a tooth collecting broad with more singles than the main stage stripper on a busy Saturday night.

13-20 years old — It’s not about asking for toys anymore, it’s about getting gifts to elevate social status. Designer clothes, expensive kicks, flashy tech gear and maybe even a car if your old man is willing to finally give up his beater of a ride, buy something built in the 2000s, and fork over the keys. If your parents don’t deliver, your spring semester at school will be just as miserable as the fall, wearing the same ripped Loser Machine sweatshirt. You also loathe yourself for getting so excited over a Christmas gift basket filled with stuff you need at college. You just kissed your parents for the thoughtful gift of bulk toilet paper and rolls of quarters to do laundry. So sad.

21-25 years old — You’re out of college. You’ve got a job. It’s now your responsibility to buy gifts for your entire family. Thankfully, Jesus invented gift cards (it’s in the New Testament), so gift buying is a cinch. Unfortunately, you spend the day after Christmas in return lines because your family has no idea what clothes you wear, your actual size, what music you like, and that you haven’t read a book since Freshman lit. And seriously, what the fuck is a compact disc?

25-30 years old — You’re in a long-term relationship, and you’re already spending money you don’t even have yet on engagement rings and first homes. The holidays start feeling really different, since you don’t spend them with your own family anymore, but with her family, her friends, and maybe if there is time you can swing by your parent’s house to visit your mom who’s pissed you’re not spending the holiday with your family. And don’t forget the old man who has been drunk since his work Christmas party in early December. 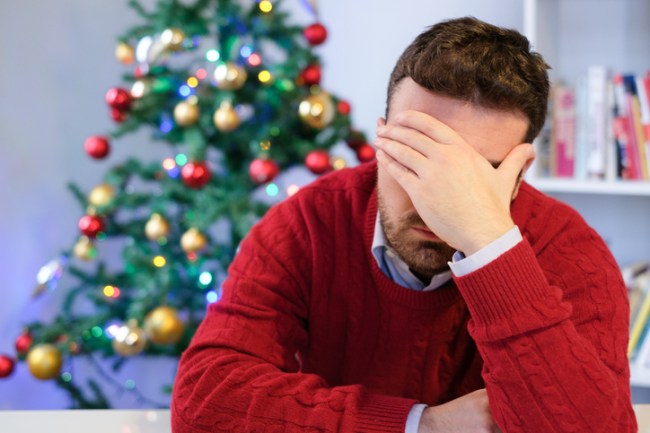 30-40 years old — This decade sucks one massive Yule Log. You’re married, you’ve got kids, and those kids demand toys considered “hot ticket items” which oddly get released the week before Christmas. So you’re traveling in circles around the state just days before Christmas, sometimes even across a couple state borders, to find one stupid Flutterbye Flying Fairy Doll. As you frantically search each store hoping for a miracle (does Home Depot carry toys?) the only thought circling your head is the kid’s disappointment because the toy isn’t under the tree. You’ve failed as a parent. You’ve given them love, a home, and attention but couldn’t deliver a fucking dancing fairy. Hopefully, the arresting officer will go lightly on your situation after you punch a nun buying a cart full of fairy dolls for a foster home. It’s a Christmas miracle you didn’t give her a concussion.

40-50 years old — You’ve got kids in their teens and early 20s. The toys turn into gadgets and the holiday morphs into an event exorbitantly more expensive than ever before. As if footing the bill for six years in college and another year “finding themselves” isn’t enough of a gift. You don’t like anything about the holiday — from the songs you’ve heard only once a month for the last four decades but annoy the shit out of you at the first note to the decorating, the traffic, the commercials and those Charlie Brown specials you adored in your youth but now feel like PSA cartoons about the dangers of bullying in school. Seriously, if ever there were ever a cartoon kid to shoot up a school, it’s Chuck Brown.

50-60 years old — You don’t notice it’s Christmas time until a week before. Your wife (if you’re still married) does all of the shopping, you only have to buy for her, and yet you manage to screw that up. Your kids visit for a couple hours, just to collect their gift cards and eat, and shuttle out the door to visit their future in-laws because they are “splitting time” between families this year. You’d all celebrate together, but your in-laws are fucking morons. Seriously, functioning fucking morons. You’re also not allowed to eat half the food on the Christmas table because of high cholesterol or a tricky ticker, so you just drink all day.

60-70 years old — The holiday is slightly more enjoyable. You’re older now, semi-retired, and living off a smaller salary, so no one expects absurdly expensive gifts. There are also grandchildren. It’s fun to watch them open gifts, get excited about Santa and get wrapped up in the festivities like your kids did — and you — did so many decades ago. It’s also enjoyable to witness your own children, now grown, slowly lose faith in the holiday while chasing down the newest piece of crap toy around the country. You’re laughing your ass off, chugging spiked eggnog and grinning “welcome to the club” with a warmth that’s probably thanks to the brandy-spiked chocolates and double rum cakes. If there is one thing to celebrate the holidays, it’s booze-infused baked goods.

70-80 years old — You don’t notice, or care, it’s Christmas time. Many of your friends are dead, all your kids are gone during the holiday, visiting your grandkids or just refusing to spend time with a miserable old bastard. The good news is no one expects shit from you as far as presents because you’re living off a pension or working a minimum wage job just for the benefits. Retirement? Ha! Bigger bullshit that Old Saint Nick. Your family would rather you not buy them gifts anyway since you’re terrible at buying gifts. It’s because you always left it up to your wife. Where is your wife? Well, it depends on which wife you’re talking about. Also, you spend at least five minutes a day thinking about your own death. It will kill the mood of any retirement community holiday pizza party.

Chris Illuminati is a father of two and a recovering asshole. He discusses both on his popular Instagram account, @messagewithabottle.