The Stunning First Official Trailer For ‘The Batman’ Is Here 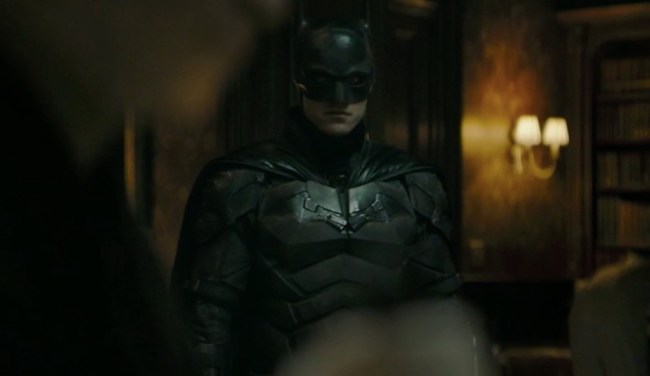 Despite the fact that the film was delayed from June 2021 to October 2021, Warner Bros. and DC Comics were still able to save the best for last today at their massive DC FanDome event and unveil the first official trailer for The Batman.

Directed by Matt Reeves (Cloverfield, War for the Planet of the Apes), it was confirmed earlier today during DC FanDome that The Batman will be taking place in a New Earth within the DCEU multiverse that will be separate from Ben Affleck’s Batman in Justice League, Michael Keaton’s Batman in The Flash, and Joaquin Phoenix’s Clown Prince of Crime in Joker.

And based on this first incredible trailer, The Batman is going to be a take on the Dark Knight unlike anything we’ve ever seen before — during today’s epic DC FanDome Event, DC Films President Walter Hamada said that director Matt Reeves has “innovative plans” to expand and flesh out his new corner of the DCEU multiverse.

RELATED: The Official Trailer For ‘The Snyder Cut’ Is Finally Here!

With this new multiverse-focused method of storytelling, Warner Bros. now has the freedom to tell one-off stories like The Batman while also having the option to cross characters over if they wish.

In the lead-up to DC FanDome, The Post-Credit Podcast spent the last few weeks looking back at all of the DCEU films thus far, which you can stream below or listen to wherever you regularly get your podcasts. Also be sure to check out our “regular”, non-DCEU episode from earlier this week where discuss Netflix’s Devil All The Time, Shia LaBeouf to the Marvel Cinematic Universe, and interview Jake Johnson. We’ll also be taping a DC FanDome reaction pod tonight, so definitely tune into that for instant reactions to today’s massive reveals.