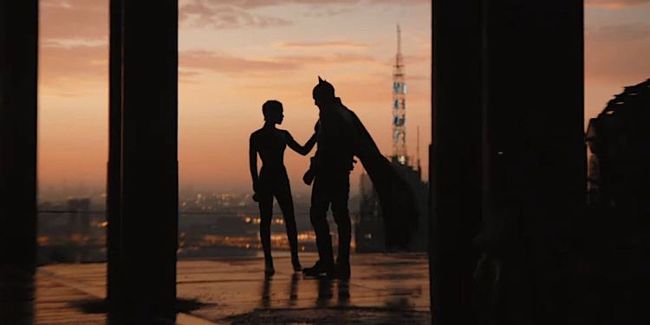 This could be the most important article I’ve ever written, at least in terms of how I’ve gotten here and where I hope to go. Born in the year 1993, six months after Batman: The Animated Series, a key figure in all of this, was released, my life began in the midst of Hollywood’s true realization of what Batman could be — culturally, critically, and financially — ever since the seminal 1989 film virtually invented modern superhero filmmaking. Other than Thomas the Tank Engine, Batman was the first *thing* — interest, hobby, passion, whatever — that I can remember caring about, that I can remember investing in. And it’s through that early passion for Batman, and therefore pop culture, that I decided to eventually pursue a career in it, which, of course, has led me to you, right here, right now, in this very moment. And when you’re able to track the arc of your life to such a specific extent, following such a constant throughline, it makes you wonder if maybe we are at the whim of fate after all.

So, yeah, it goes without saying that I was looking forward to The Batman, Warner Bros’ latest reboot of the iconic vigilante, directed by Matt Reeves and starring Robert Pattinson as the titular Bat. From the talent involved to the behind-the-scenes paparazzi pictures to the official trailers, everything about this movie felt note-perfect about its understanding of what Batman truly is and what a movie of his should look like. And ultimately, that’s what this accomplished. The Batman is an utter triumph, both in terms of superhero storytelling and as a classic detective noir, a promise that Reeves has been making and delivered on. Of all the notes that I took during my screening, the two that I’ve circled back to and pondered the most are “This is like Zodiac/Seven but with Batman” and “I can’t believe the studio allowed a Batman movie *like this* to get made.” That should really tell you everything you need to know.

To the Christopher Nolan and The Dark Knight purists out there — of which I am and will always be — let me say this: The Dark Knight may be a better “movie.” But it’s not a better Batman experience. Because at the end of the day, The Dark Knight isn’t a Batman movie. It’s a Joker movie. Heath Ledger’s titanic portrayal of Gotham’s Clown Prince of Crime is the character whose scenes you look forward to most, whose words you hang on. Not Chrisitan Bale’s Batman. And when you aren’t even the best part of your own movie, can you truly claim its legacy as your own?

This — four paragraphs into this review (sorry not sorry, because as I said earlier, there’s an argument to be made that my life has been leading to this article) — is where The Batman finally comes in. If nothing else, its greatest strength is its portrayal of the Dark Knight, who is a far more troubled version than we’ve ever seen on the big screen before. His introduction is metaphorically and literally electrifying, bordering on truly terrifying, and that aura never relents from there. Never has the Bat Symbol illuminating the forever grey skies of Gotham City been more fear-inducing. Never has the devastation that Batman inflicts on his enemies felt more visceral. Never have the consequences of the Caped Crusader’s actions felt more meaningful, both for his own journey and the fate of the forever damned city. If you were a criminal in this town, you, too, would duck and run for cover upon first sight of his famed calling card lighting up the nighttime sky.

Aesthetically reminiscent of both Blade Runner and Taxi Driver

Speaking of terror, welcome to Gotham, hell on Earth! Reeves’ approach to creating the infamously seedy city, combining the Gothic architecture of Liverpool and Glasgow and layering it with a Times Square modernity makes Gotham feel both old and new, dead and alive, past and present. Through a combination of cinematography, sound design, sets, costuming, etc, etc, the DC universe’s most troubled town has never felt more atmospheric, more lived-in, more real. In one of the many similarities to David Fincher’s Seven, it’s virtually always fucking raining, which feels like Mother Nature adding insult to injury in this already broken and beaten down metropolis. That rain, by the way, is a vehicle — as its slickness coats both the skyscrapers and the street corners with a vibrant reflectiveness  — for rising cinematographer Greg Fraiser to make this film aesthetically reminiscent of both Blade Runner and Taxi Driver. 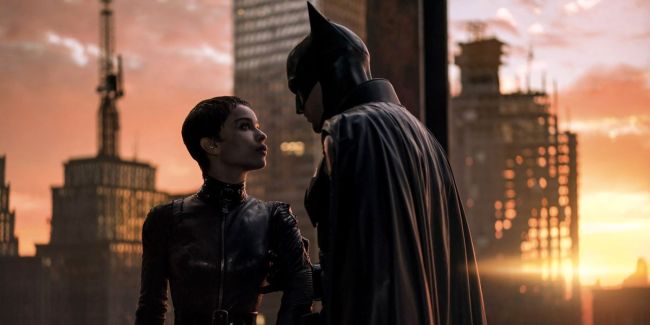 Further elevating that sense of atmosphere — as if you’ve been sucked into a living, breathing, if not decaying, world — is the immaculate cast, which features standout performances from its entire call sheet from top to bottom. From Pattinson as Batman to John Turturro as Carmine Falcone, every choice made by Reeves and his casting team paid off sublimely. While Paul Dano’s deeply deranged version of Riddler and Colin Farrell’s smarmy Penguin will likely receive their deserved plaudits, the true standouts are Zoe Kravitz’s Selina Kyle and Jeffrey Wright’s James Gordon, who bring a crucial tonal and emotional balance to a film that would otherwise drown in its own harshness and brutality.

The dynamic and the relationship between Kravtiz’s Catwoman and Batman is inarguably one of the film’s highlights — it’s soaring. More importantly, though, both share chemistry with Pattinson’s Batman that’s key in helping us, and them, draw the line between monster and human. Without them, who knows how deep into darkness this Caped Crusader would wade. They are his last remaining tethers to humanity and that factor both grounds the character’s arc while also serving to advance his internal growth.

Predicting a problem with Robert Pattinson’s Bruce Wayne, not his Batman 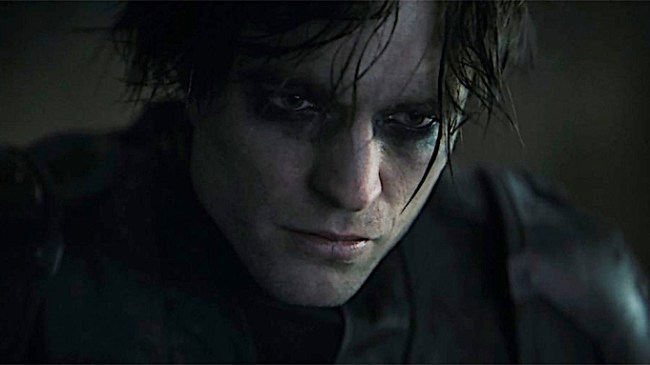 To try and prove my objectivity, one of my few criticisms — and when I say criticism, I’m not personally bothered by it but am more so predicting that this is an issue some casual audiences will have with the film —  is Pattinson’s Bruce Wayne, who simply does not seem capable of remote human connection at the start of the film. This is, after all, a character who’s known to (at least pretend) be a playboy socialite.

By the end, though, the desperately dark place that this version of Bruce Wayne finds himself in feels more like an intentional thematic choice as it gives him further room to grow as the story marches forward. For as distant and cold as the Bat may be when the film begins, by the time the credits roll, the road to becoming the version of the character most fans know and love has clearly been paved — this is a film that not only succeeds in telling an epic yet still contained and grounded story but in setting up its future. Gotham City is finding its humanity and so is he.

“They think that I’m hiding in the shadows,” Batman says early in the film, “But I am the shadows.” This line, ultimately, is a microcosm of the film as a whole: its greatest asset is its understanding of who and what Batman is, and what he should be, and the result is a Batman story that’s so fully realized, so wholly engrossing, that it’s unlike any that we’ve ever seen before, big or small screen. While The Dark Knight might be the best movie that just so happens to feature Batman, The Batman is, without a doubt, the greatest *Batman* movie ever made.

RELATED: Which Villains Should Feature In The Sequel To ‘The Batman’? Our Top Four Choices