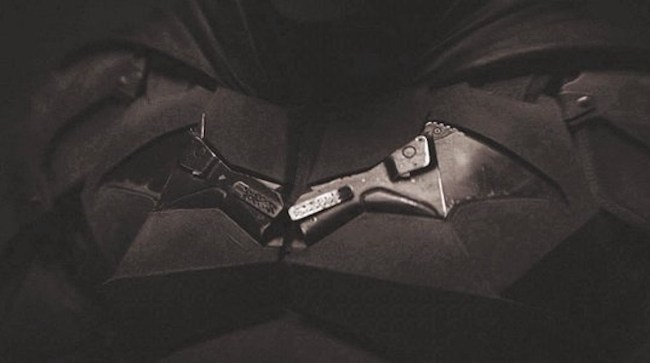 Last night, the first look at Robert Pattinson as the legendary Dark Knight in The Batman dropped, courtesy of director Matt Reeves.

While the footage was brief and generally difficult to see, the clip did enough to give fans a taste of the new Batsuit and the general vibe of the highly-anticipated new Batman film.

OFFICIAL: First-look at Robert Pattinson as the Dark Knight in 2021's THE BATMAN 🦇pic.twitter.com/2UXrnIH55r

While immediate opinions on the internet seemed to be mixed, I am personally a huge fan of everything that’s happening in this video, especially when it comes to its haunting score, which sounds about as Batman as a fan could hope for. I’ve long maintained faith in Matt Reeves (War for the Planet of the Apes) and Robert Pattinson, so this video did absolutely nothing to sway my opinion in that regard. That said, I’m certainly not crazy about the collar but that’s a minor detail that I’m willing to reserve judgment on.

In fact, I’d argue the more you watch the video, the more you might find yourself enjoying it, especially when you notice that the suit’s Bat-symbol seems to be made from pieces of gun. Naturally, fans are assuming these aren’t just pieces of any gun, but the one used by Joe Chill to murder Bruce’s parents when he was a boy.

The Bat symbol appears to be made with pieces of a gun… possibly the one Joe Chill used to kill Bruce Wayne's parents 🦇#TheBatman pic.twitter.com/GbAnPU2Mwy

Pieces of the gun that killed his parents, that’s Metal AF pic.twitter.com/4rbnA5hM3D

The Batman, which marks Pattinson’s first time as the iconic Caped Crusader, will reportedly explore Bruce Wayne’s second year as Batman, thus making the film an exploration into the early days of the Dark Knight.

The Batman will hit theaters in the United States on Friday, June 25, 2021.