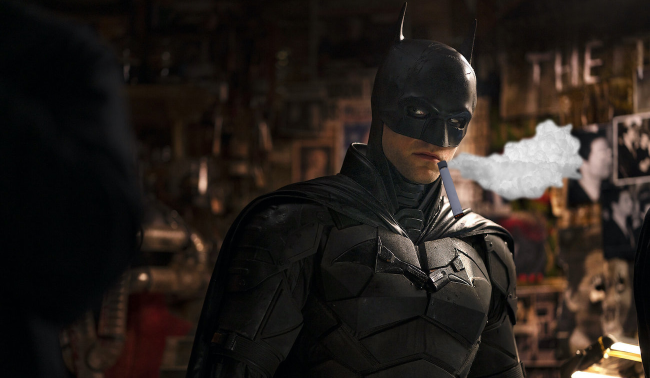 While Warner Bros. ditched the day-and-date release strategy that they used to help to grow HBO Max in 2021 — movies hitting theaters and the streaming service at the same time — they did keep one of the methods developed last year: releasing films on HBO Max 45 days after they hit theaters.

As a result of that schedule, Matt Reeves’ The Batman — the widely-successful new big-screen iteration of the Dark Knight — is now available to purchase on digital platforms and stream on HBO Max, which means fans also now have a bevy of new behind-the-scenes videos to delve into.

Fans have already dug up one hilarious clip from the special features, as a Twitter user spotted the franchise star Robert Pattison was keeping a Juul brand vape in his utility belt while filming.

THIS IS SO FUNNY the way he kept his juul in his utility belt 😭 pic.twitter.com/fTPdxQ9Jw7

It just goes to show that, even while donning the costume of one of the most famous fictional characters ever created, guys — including Robert Pattinson — will always be dudes.