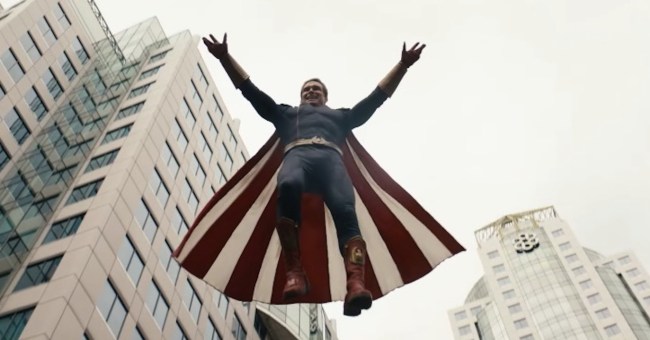 Amazon Prime Video has released the first trailer for season three of The Boys, the streaming service’s Emmy-nominated drama about a gang of deplorable superheroes known as “The Seven.” The series first debuted on Prime Video back in 2019 and has since become one of the streamer’s biggest hits.

Season three of The Boys will see the introduction of Jensen Ackles as Soldier Boy, who is described as being “Homelander before Homelander” by series creator Eric Kripke. Given the character’s American military motif and the use of a shield, Soldier Boy is obviously a riff on Marvel’s Captain America.

First trailer for Season 3 of Prime Video’s The Boys

The Boys was last on the air back in 2020, which saw its second season come to an end in wildly bloody fashion as the confrontation between Karl Urban’s Butcher and Antony Starr’s Homelander come to a head.

RELATED: Season 3 Of ‘The Boys’ Will Literally Be Three-Times Bloodier Than Season 2 – Here’s How We Know