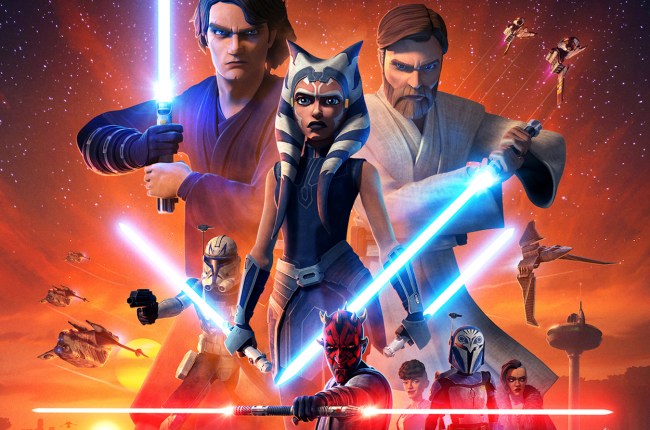 First things first: I have never seen Star Wars: The Clone Wars.  In recent months, I’ve watched a couple of episodes here and there, but I’ve yet to really sit down and consume the series the way Star Wars fans swear I should.

Yes, The Clone Wars is a cartoon, but as far as fans will tell you, it’s one of the most enriching and sprawling pieces of Star Wars content available.

However, despite its apparent quality, The Clone Wars — which originally aired on Cartoon Network — was canceled by Disney back in March 2013.

Then, in 2018, with the announcement of Disney+ at San Diego Comic-Con, the Mouse House revealed that a new 12-episode seventh and final season of the series would be hitting the streaming service.

Well, we’ve now got our first trailer for that promised final season, and by the looks of it, The Clone Wars will be going out on an epic high-note.

Set between the events of Star Wars: Attack of the Clones and Star Wars: Revenge of the Sith, The Clone Wars — which debuted on Cartoon Network back in 2008 — “added new depth to classic characters like Obi-Wan Kenobi, Anakin Skywalker, Darth Maul, and Boba Fett, introduced us to a whole legion of clones with completely unique personalities and other new characters including Ahsoka Tano, Cad Bane, and Asajj Ventress, and took us on thrilling adventures to strange new worlds,” according to the series’ official website.

The seventh and final season of Star Wars: The Clone Wars will begin streaming on Disney+ on Friday, February 21. The first six seasons of the series are available to watch on the Mouse House’s streaming service right now.