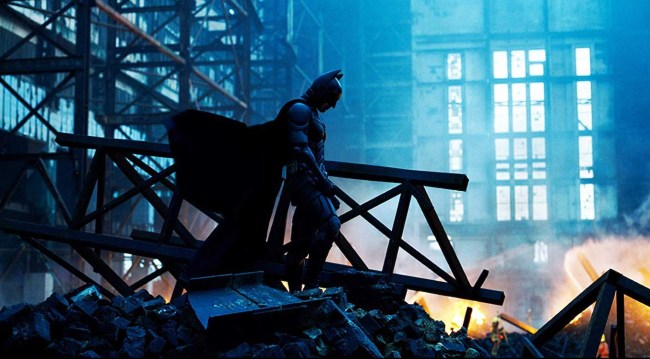 A couple of weeks ago, in commemoration of the 12th anniversary of Heath Ledger’s tragic death, I brought you the story of what the sequel to The Dark Knight *would have been* had the 28-year-old Academy Award winner not tragically passed away.

From the return of Ledger’s Joker to Leonardo DiCaprio being cast as The Riddler, the original idea for the next film in The Dark Knight franchise was admittedly wildly different than what fans ultimately got with The Dark Knight Rises.

Ever since The Dark Knight was released, it’s been considered something of a game-changer in terms of the way Hollywood operated, as the film definitively proved that “comic book movies” could be far, far, more than just explosions, gadgets, and one-liners, as the sprawling urban crime drama that just so happened to feature a potentially insane and rich adult in a bat costume racked up eight Academy Award nominations and took home the prize for Best Sound Editing and Best Supporting Actor. In fact, Ledger’s win was the first time an acting performance in a comic book film had ever been recognized with an Academy Award.

That said, though, The Dark Knight‘s everlasting impact on the film industry is perhaps more defined by what it didn’t win than what it did.

Back in 2008, the Academy of Motion Picture Arts and Sciences would only nominate five films for Best Picture, and despite the fact that The Dark Knight was *clearly* one of the year’s best films, it was shockingly not one of the five to receive a nomination.

Needlessly to say, the backlash from the film community was swift and apparent, as it forced the Academy into completely rewriting the rules of the category — that following year, on June 24, 2009, it was announced that the number of films to be nominated in the Best Picture award category would increase from five to ten. According to a report from The New York Times, in a question-and-answer session following the announcement, then-Academy president Sidney Ganis said he  “would not be telling you the truth if I said the words Dark Knight did not come up.”

And there you have it — just like the infamous Clown Prince of Crime that guided the film to unprecedented heights — The Dark Knight was an agent of chaos when it came to the Academy Awards.