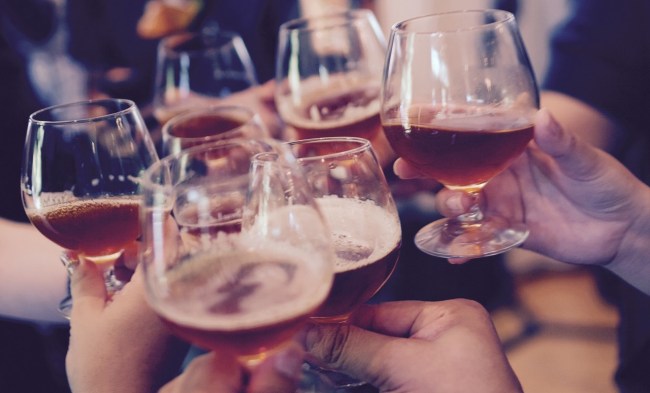 If you ignore the people who act like coffee isn’t an addicting drug (which is basically everyone who drinks coffee) alcohol is easily the most popular mind-altering substance on the planet.

Humans have been getting their drink on for over 1,000 years and alcohol has been engrained in a number of cultures where it remains an essential aspect of people’s social lives around the world.

If you’ve ever been basically anywhere in England after sunset, you’re well aware that some countries tend to go a little harder than others when it comes to drinking.

However, according to a study conducted by Hangover Heaven, the United Kingdom still has a bit of catching up to do when it comes to competing with the rest of the world.

The organization crunched the numbers in an attempt to figure out which place has earned the hallowed title of Drunkest Country in the World (although it turns out we have more than a couple of winners).

They first took a look at total annual alcohol consumption and I doubt you’ll be too surprised to see some of the world’s most populous countries led the pack. 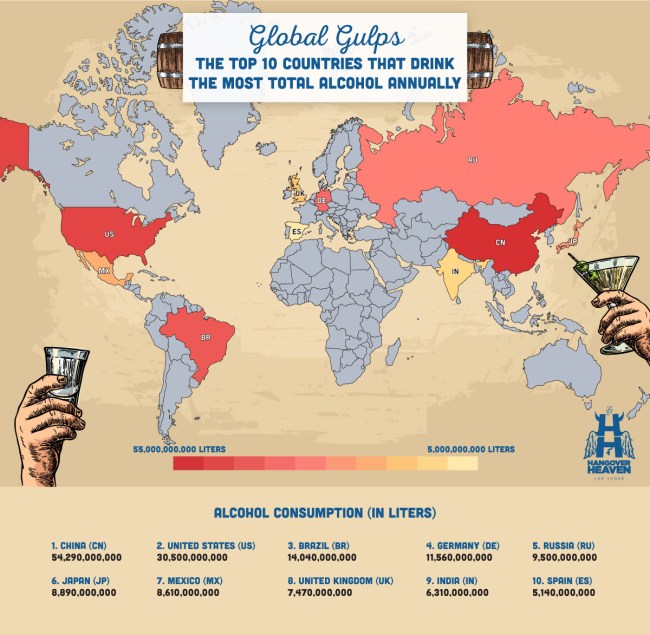 However, the real fun begins when we start to break things down per capita.

They first turned their attention to beer 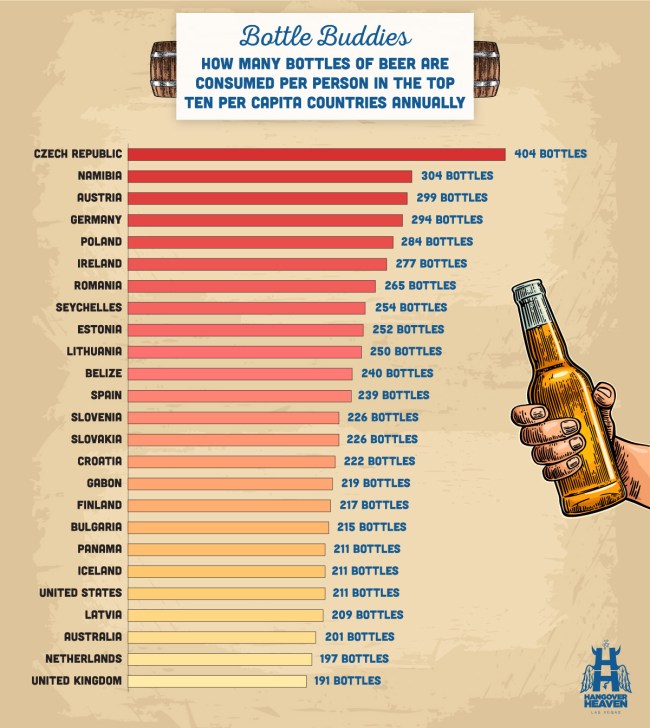 The Czech Republic was the winner by a mile with the average citizen downing more than one beer a day and putting everyone else to shame.

They also took a look at which peoples love whiskey the most and I have to say I was not expecting the country that earned the gold medal to be at the top. 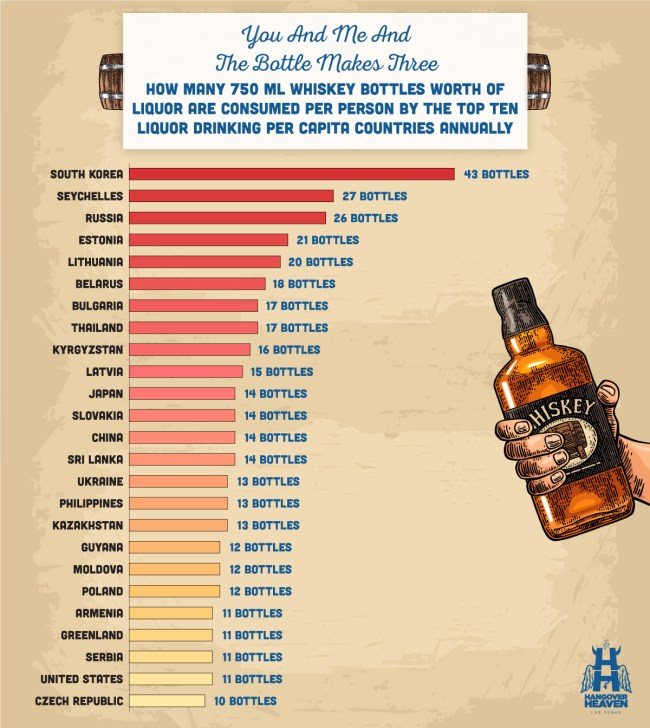 Last month, we took a look at which states consume the most alcohol annually and based on the results of this study it’s time for Americans to seriously up their game.

I believe in us.