‘The Fresh Prince Of Bel-Air’ Is Being Rebooted… As A Drama? 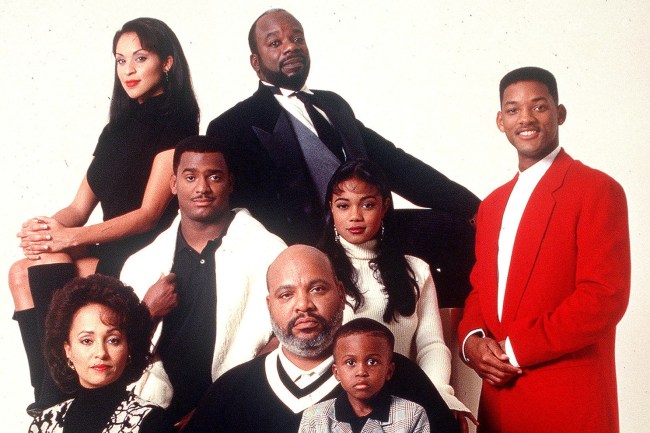 At this point, Hollywood is just screwing with us. “Oh, you guys are sick of reboots? Well, not only are we going to now reboot something you love, but we’re going to change it’s entire DNA! MUAHAHAHAHAHA.”

That’s right, according to The Hollywood Reporter, not only is The Fresh Prince of Bel-Air being rebooted, but it’s being reimagined as a drama after a fan-made trailer — that positioned the series as a dramatic film — went viral in 2019, catching the eye of Will Smith, the star of the original series.

First things first: shout out to Morgan Cooper, the guy who made this trailer, because it definitely gets the hype going. While I wasn’t into the idea of a dramatic Fresh Prince at first, this trailer definitely makes the vision for such a project more doable.

As THR reports, the series has been in the works for over a year and is currently being shopped to streamers, with Netflix, HBO Max, and Peacock being listed as potential landing spots.

Will Smith and Morgan Cooper are teaming to adapt the latter’s dramatic reimagining of the former’s beloved NBC comedy The Fresh Prince of Bel-Air. Bel-Air is described as a dramatic take on the former NBC comedy that catapulted Smith to stardom after he spent six seasons starring as the street-smart kid who moved from Philly to the upper-class neighborhood.

Sources tell THR that the new Bel-Air has been in the works for more than a year after the four-minute clip went viral when it was posted in March 2019 and caught Smith’s attention. Cooper, a Fresh Prince super-fan, created and directed the trailer that reimagined the series as if it were a drama. He will co-write the script, direct and be credited as a co-EP. [via The Hollywood Reporter]

The original The Fresh Prince of Bel-Air, which ran on NBC from 1990 to 1996, famously turned Smith into a pop-cultural superstar. At this time, it’s unclear when fans can expect the reboot to air.