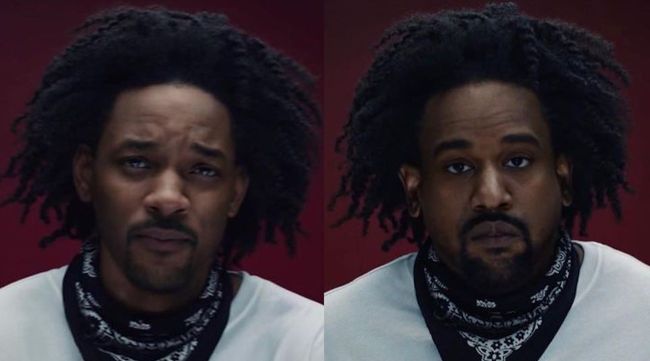 The video, which was directed by Dave Free and Lamar, sees the iconic rapper take on the look of several famous Black celebrities — including Will Smith, Kobe Bryant, Kanye West, O.J. Simpson, Jussie Smollett, and the late Nipsey Hussle — with the help of deep fake technology.

Other than taking on the appearance of other people, the video is quite paired back as Kendrick simply raps in front of a red backdrop.

“The song was produced by Beach Noise, the production and songwriting trio of Matt Schaeffer, Johnny Kosich, and Jake Kosich whose other production credits include multiple tracks by Baby Keem. “Part 5” also includes instrumental contributions from Kyle Miller and Bekon. It appears to sample “I Want You” by Marvin Gaye.”

“In the video’s credits, Deep Voodoo was credited for doing the deepfake work, which is the studio run by South Park creators Trey Parker and Matt Stone. There’s also a “special thanks” shout out to Stone and Parker. Earlier this year, it was reported that Lamar was producing a new live action comedy alongside the duo.” [via Pitchfork]

The release of the new Kendrick song comes just days ahead of the release of his new album, Mr. Morale & The Big Steppers, which will drop on May 13.

Lamar’s last studio album, DAMN., was released in 2017 and won the Grammy Award for Best Rap Album. It was also the first non-jazz or classical piece of music to receive a Pulitzer Prize.