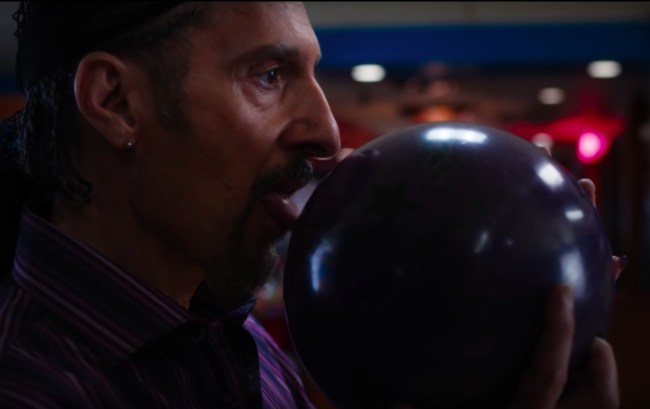 Everyone has a few movies they’ve seen more times than they can possibly count, ranging from the ones you’ve devoted a night on your couch to multiple times or films like The Shawshank Redemption and Con Air that you’ve collectively watched dozens of times in a piecemeal manner because they’re always playing on at least one channel at any given time.

I can confidently state that no one on this planet has viewed The Italian Job more times than I have, as I was genuinely convinced as a teenager that Marky Mark and the gang hauling around Los Angeles in Mini Coopers was the finest example of cinematic badassery ever produced by Hollywood.

My taste in movies eventually evolved and I’d soon broaden my horizons a bit in high school during a time where The Italian Job lost its crown as the epitome of awesomeness to The Boondock Saints.

Thankfully, I’ve now reached a point in life where I like to think I have a pretty solid appreciation of the movie industry (although I admit I lack the four-digit Letterboxd account far too many film buffs would ask me to link to in order to back my claim).

I don’t know if I could even come close to trying to name my favorite movie of all time, but if someone asked me which one I would bring with me if I was stranded on a deserted island for the rest of my life (assuming that island had a functioning entertainment center), there’s one movie that comes to mind: The Big Lebowski.

The infinitely-quotable Coen Brothers film didn’t get the respect it deserved when it was released in 1998 but it would eventually become a cult classic and The Dude has been abiding ever since.

I’m personally of the opinion that Philip Seymour Hoffman deserved an Oscar for Best Supporting Actor thanks to his part in The Big Lebowski but every single member of the cast performed to the peak of their abilities—including John Turturro, who played The Jesus, the eccentric bowler with a pinky nail designed for doing bumps of coke off of who possessed an unfortunate affinity for eight year olds, dude.

A couple of years ago, Jeff Bridges let all of us down when he teased he’d be stepping back into the role of The Dude before revealing he was only doing so for a Super Bowl commercial. As a result, fans who’ve been anxiously awaiting a sequel were left disappointed, but we did get some good news when we learned Turturro was working on a spinoff about his character in the form of The Jesus Rolls.

Last year, we got our first look at the film, and now, a second trailer has dropped around a month before its release.

In addition to Turturro, The Jesus Rolls stars Christopher Walken, Jon Hamm, and Pete Davidson (among others). It will follow the titular character and his accomplices as they attempt to run from the law, and while I haven’t seen it yet, I’m willing to bet some wacky hijinks will ensue.

Early reviews of the movie haven’t exactly been great but The Big Lebowski didn’t get the best reception when it was first released so you can see for yourself if the spinoff is a worthy successor when it’s released in theaters and on-demand on March 6th.