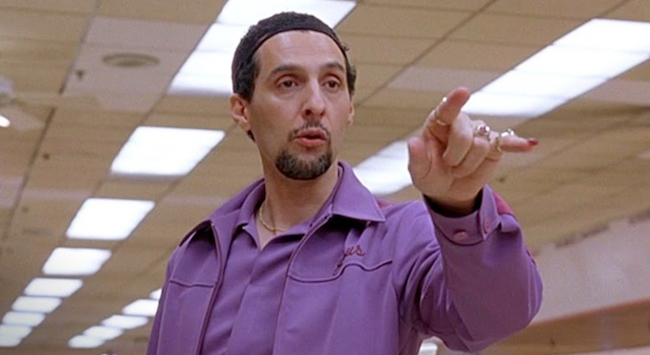 Back in January, the internet was whipped into a frenzy when Jeff Bridges dug into his closet and donned the sweater he sported in The Big Lebowski as people began to speculate there was a sequel to the cult classic on the horizon.

Unfortunately, our hopes and dreams were crushed when it was revealed it was actually a publicity stunt to draw attention to a Super Bowl commercial in which The Dude decided to abandon his signature White Russian for a beer because nothing is sacred anymore.

Thankfully, there was still a glimmer of hope on the horizon thanks to John Turturro, who decided to give the people what they want a few years ago when production began on a spinoff to The Big Lebowski after the Coen brothers gave him their blessing.

We didn’t know much about the project when it was initially announced aside from the fact that the actor would be reprising his all too brief scene-stealing role as The Jesus, a flamboyant bowler with a reputation for doing things you’re not supposed to do with eight-year-olds, dude.

However, we finally got some much-awaited info on Monday thanks to Variety, which has provided us with a number of details about what we can expect when the film—titled The Jesus Rolls—hits theaters in 2020:

The Jesus Rolls follows a trio of misfits whose sexually charged dynamic evolves into a surprising love story as their spontaneous and flippant attitude towards the past or future backfires time and again, even as they inadvertently perform good deeds. When they make enemies with a gun-toting hairdresser, their journey becomes one of constant escape from the law, from society and from the hairdresser, all while the bonds of their outsider family strengthen.

It’s unclear who exactly will make up the trio in question but the outlet reports the cast will include Jon Hamm, Susan Sarandon, and Pete Davidson, the first of whom as knocked every comedic role he’s played out of the park and the last of whom still has plenty to prove.

There’s no set release date yet but whatever it ends up being can’t come soon enough.