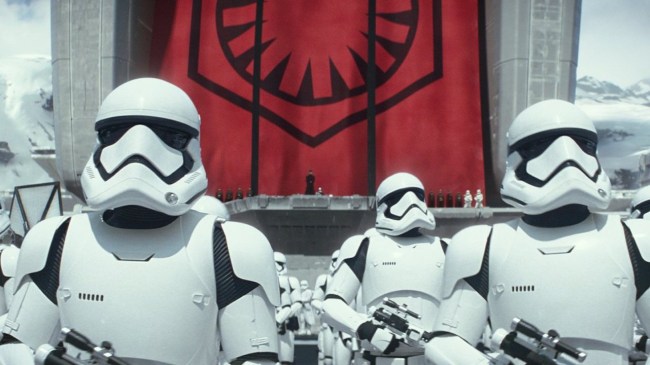 When Disney+ launches this fall, it will be brimming with highly anticipated projects.

Between Marvel Studios and Pixar and Star Wars and Disney’s utterly massive back catalog, Disney+ will have no shortage of eagerly awaited properties that fans will be desperate to consume.

But of all the bangers that are set to be uploaded to Disney+ when the streaming services launches, arguably the biggest of them all will be The Mandalorian.

Starring Pedro Pascal (of Game of Thrones or Narcos fame), The Mandalorian will be the first-ever live-action Star Wars series, which is a pretty big deal in the galaxy far, far away.

And while Disney has been generally hush on the details of The Mandalorian prior to its November release, director Dave Filoni revealed some interesting details about the series’ plot to Entertainment Weekly.

Speaking to EW, Filoni revealed that The Mandalorian will explore the origins of the First Order, which is “the dictatorship commanded by Supreme Leader Snoke that rose up to succeed the fallen Galactic Empire that was defeated in Return of the Jedi.”

“This doesn’t turn into a good guy universe because you blew up two Death Stars,” Mandalorian director Dave Filoni quipped. “You get that the Rebels won and they’re trying to establish a Republic, but there’s no way that could have set in for everybody all at once. You have in a Western where you’re out on the frontier and there might be Washington and they might have some marshals, but sometimes good luck finding one.”

“Also, what could happen in the 30 years between celebrating the defeat of the Empire and then the First Order?” teased showrunner Jon Favreau. “You come in on Episode VII, [the First Order are] not just starting out. They’re pretty far along.” [Entertainment Weekly]

THE MANDALORIAN will hit Disney+ when the streaming service launches on Tuesday, November 12.