‘The Mandalorian’ S2E2 Description Teases An Adventure In A New World 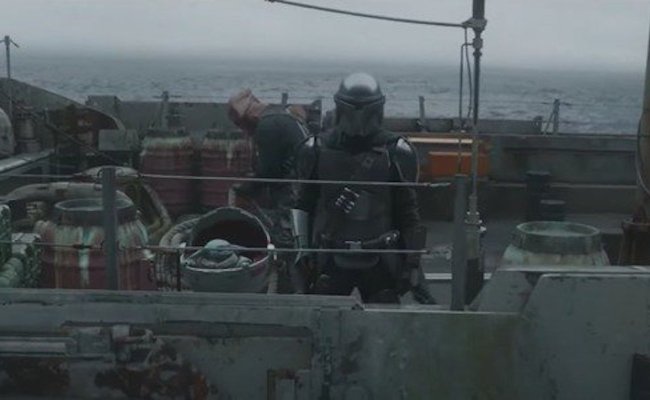 Season two of The Mandalorian kicked off with a bang last week, as everyone’s favorite fatherly bounty hunter headed back to Tattooine in order to track down another Mandalorian to assist him on his quest, continuing the “adventure of the week” style of storytelling that season one became synonymous with.

It looks like Chapter 10 is set to continue that trend, as the official description for the episode reveals that “The Mandalorian must ferry a passenger with precious cargo on a risky journey.”

Now, given that Mando himself is also carrying “precious cargo” of his own (Baby Yoda), the episode description is likely in reference to a new, never-before-seen character that Din Djarin will be assisting, possible Sasha Banks’ character, who’s rumored to be Sabine Wren. Her appearance in the main season two trailer seemed to be taking place on this very ferry, so it wouldn’t shock me if Wren, a Mandalorian warrior who first appeared in Star Wars: Rebels, is the next supporting character we meet.

The second episode of The Mandalorian season two will hit Disney+ on Friday, November 6 at 3 a.m. EST. Also make sure to subscribe to the Post-Credit Podcast, where we’ll be breaking down all of the latest Mando episodes.

RELATED: Here’s Why No One’s Said: “Hey Mando, Your Baby Looks An Awful Lot Like The Legendary Jedi Yoda”