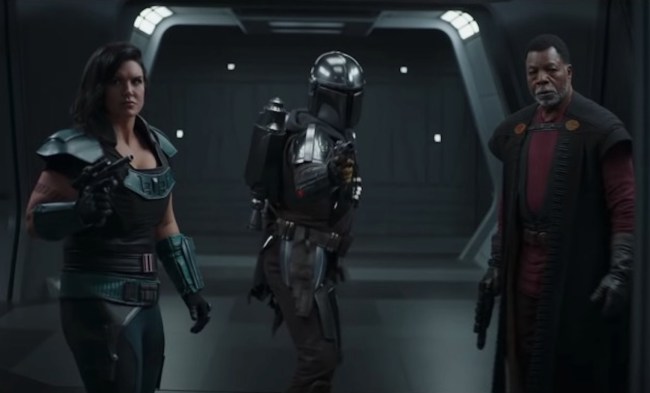 Folks, I am officially in Star Wars mode for the rest of October. Forget Halloween, especially in this socially-distanced hellscape — October is Star Wars month, as The Mandalorian is set to premiere its second season on the 30th. We’re basically two weeks from Baby Yoda returning to our lives (finally, some good news, I know).

While it would’ve been impossible for Disney to predict how massive The Mandalorian was going to become prior to its premiere last fall, the Mouse House obviously knows they have something special on their hands now, as both the full season two trailer and this latest teaser reveal essentially nothing when it comes to the plot of season two, other than the fact that Mando and our boy Baby Yodes are, once again, being hunted down, this time by Giancarlo Esposito’s Moff Gideon, who made his debut in the season one finale.

Given the way season one ended, it wouldn’t surprise me if season two picked up right where the story left off, with Mando and Baby Yoda escaping Nevarro with the Dark Saber-wielding Moff Gideon hot on their tail.

The Post-Credit Podcast will be reviewing and recapping all of The Mandalorian season one, starting with today’s episode, where we cover Chapter 1 and Chapter 2, so make sure to kick off that rewatch now if you want to follow along. We’ll also be looking back at all of the Star Wars movies thus far and ahead to all of the projects Disney and Lucasfilm have in the pipeline.

The season two premiere of The Mandalorian will hit Disney+ on Friday, October 30th. If the season is released similar to last year, episodes will then be released on the Fridays thereafter.