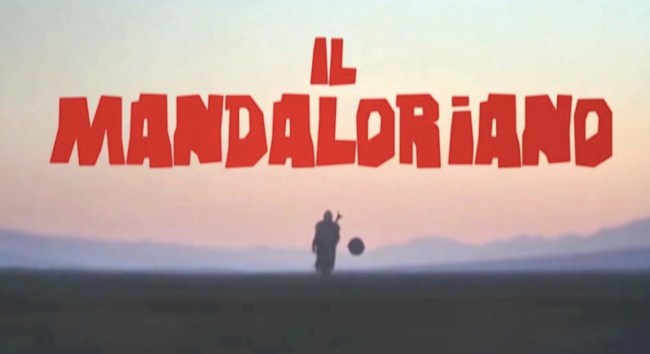 With Disney shooting a roughly 50% clip when it comes to their Star Wars outputs, the success of The Mandalorian has been a welcome surprise, as some (like me, for example, although I do love Rogue One) have argued it’s the best piece of content from the galaxy far, far away to be released during their reign.

Buoyed by the arrival of the endlessly adorable Baby Yoda, The Mandalorian became an instant pop-cultural phenomenon and homerun hit for the Mouse House, as the series was not only well-reviewed by critics, but generally beloved by fans.

Needless to say, given the show’s success, Disney is obviously keen on having Season 2 ready as soon as possible, as production on the second season began before the first season even ended.

Despite being hard at work on the new episodes, series creator, writer, and director Jon Favreau took the time to release a little pet project of his: a spaghetti western-style trailer for The Mandalorian.

“Now that the amazing first season of “The Mandalorian” is complete, I decided to go back and update my Sergio Leone inspired trailer. Thanks for all the feedback on the last one. I incorporated a lot of your Italian grammar suggestions after Google Translate was… er, less than accurate the first time around, but I’m sure I butchered more Italian in this pass as well! Scusa in anticipo! (That was translated from Google as well. Ha.),” Favreau wrote on YouTube.

While no official release date has been announced, Favreau has already confirmed that it will drop on Disney+ this Fall.