Don’t Let This New Trailer Fool You: We’re Being Trolled About The Existence Of ‘New Mutants’ 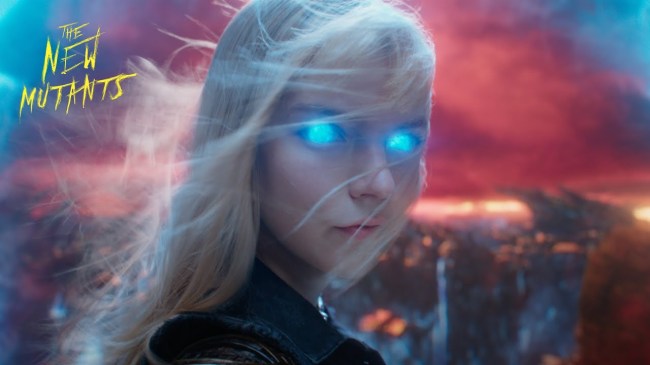 Folks, I know a vodka mixed with water when I smell it. I did it to my parents and my younger sibling did it to me as I got older. Time, as Rust Cohle once bemused, is a flat circle.

Not that it’s a character trait specific to myself, though, as I’m sure we all like to believe we possess the ability to call bullshit when we see it. At the end of the day, who doesn’t want to be one of those salt of the Earth dudes, living life by a certain moral code which, of course, includes aggressively dunking on bullshit whenever it comes within six-feet of the rim? I certainly do. Those are the Ron Swansons of the world.

This is all to say that I’ve officially run out of reasons to believe that The New Mutants — which was filmed IN THE SUMMER OF 2017 — is an actual, real-life, tangible movie. For all intents and purposes, it’s a social experiment at this stage: how long will a mouse keep chasing the piece of cheese no matter how many times it’s taken away from them?

Originally scheduled to drop in 2018, the film was then delayed due to reshoots before being shelved again as Disney began its acquisition of 20th Century Fox. Somewhat miraculously, though, the film re-emerged from the depths as we entered The Year That Shall Not Be Named, with The New Mutants being scheduled to *big The Rock voice* FINALLYYY drop on April 3. As you know… that didn’t go so hot. Stop me if you’ve heard this one before, but Schrodinger’s Movie was then moved back to August 28, which, given how some sections of our country have handled the last few months, doesn’t seem likely at this stage.

Regardless, the Mouse House is giving idiot test mice like myself another whiff of cheese by dropping yet another teaser. But this time, I ain’t falling for it — if Disney is Mickey Mouse, then I am finally Algernon. For now.