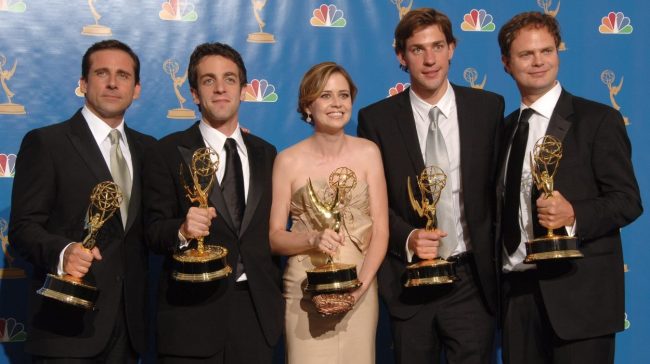 At the end of 2020, NBC announced that ‘The Office’ was moving off of Netflix and sent fans of the show into a frenzy. To counteract the news, Peacock released a never-before-seen cold open as an end-of-year surprise.

In the five-minute open, Jim, Pam and Hank teamed up to trick Dwight into thinking that he was in ‘The Matrix.’ It was hilarious, and it helped lessen the blow of the streaming platform switch— at least to some extent.

🚨 This is not a drill. 🚨 Presenting a never-before-seen cold open from #TheOffice!

After another long year, NBC was nice enough to treat us to another never-before-seen cold open from Season 4 to begin our 2022 on a high note. In this three-minute long cold open, for which no show does better, it’s all about ‘Toilet Humor.’

Michael Scott accidentally drops a lot of his personal items into the toilet.

From his wallet, to his candy corn, it all gets wet. And then, out of anger, he throws his keys into the bowl along with the other items.

To solve his problem, he comes up with a very gross, but very funny solution. He invents “the toilet guard,” which is as bad of an idea as you can expect.

The kicker at the end comes with an all-time moment from Creed.

Here is the full scene:

Although it may not be the funniest cold open in the show’s storied history, it is still good for a few laughs. “Out of great tragedy is the mother of invention” is a truly hilarious line.

But it didn’t make the cut for a reason.

The Office is undoubtedly the greatest show in history in terms of cold opens. Here are some of the best to get you through the rest of your day: