Dwayne ‘The Rock’ Johnson Opens Up About His Battle With Depression 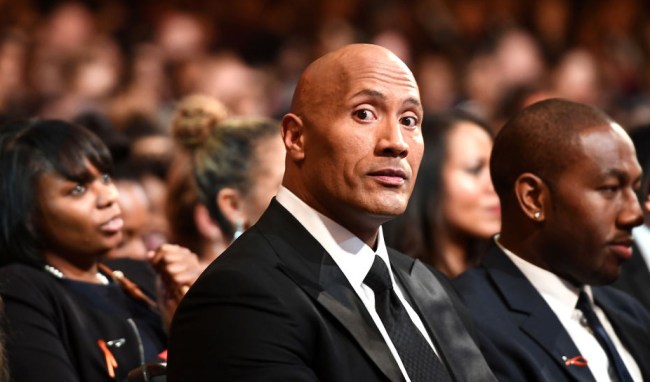 If depression had a face, it most certainly would not resemble Dwayne ‘The Rock’ Johnson’s.

On the surface, The Rock lives an idyllic life. He’s one of the biggest megastars on the planet and the highest paid actor in the world. He probably has sex too. Just an educated guess, seeing as he’s 6-foot-5-inches of rock solid muscle and has the smile of an angel.

But, all the fame and money and possible sex in the world hasn’t made the 45-year-old wrester-turned actor immune from depression.

Johnson has recently opened up about his struggle with depression, that began when he was a teenager after his mother Ata tried to commit suicide in front of him, just months after they were evicted from their apartment. Two months back, The Rock posted an Instagram describing the haunting incident.

Speaking with The Express, Johnson described how a series of events post-adolescence exacerbated his depression. After playing football of the University of Miami, Johnson’s dream of playing in the NFL was never realized, due to various injuries. He signed with the Canadian Football League but was cut within a year.

Not long after, Johnson’s girlfriend broke up with him–which he deems his “absolute worst time.”

“Struggle and pain is real,” he said. “I was devastated and depressed. I reached a point where I didn’t want to do a thing or go anywhere. I was crying constantly.”

Johnson claims that if he had reached down deep to overcome his plaguing issues, he could very well turned suicidal like his mother.

“We both healed but we’ve always got to do our best to pay attention when other people are in pain,” he said. “We have to help them through it and remind them they are not alone.”

When a fan recently told him he was suffering depression, Johnson wrote back: “I hear you. I’ve battled that beast more than once.”

If you are dealing with symptoms of depression, you are not an outcast. It is far more common than you think and you are not weak for admitting to yourself that you outside help to battle through it. Go get it. Check out this site and this site for more info.