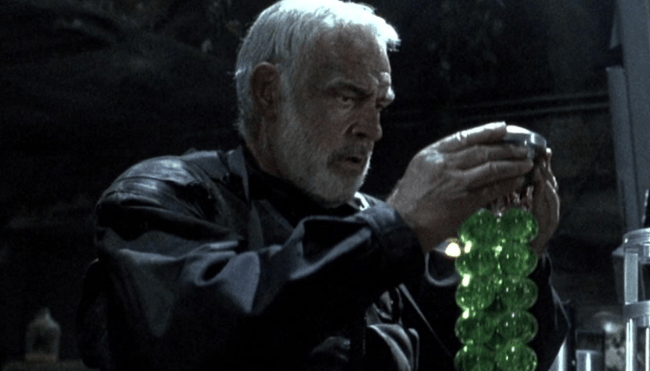 There is perhaps no single director who summed up the essence of 90s actions movies quite like Michael Bay, who went on an absolute heater when he burst onto the scene with Bad Boys in 1995 before treating the world to The Rock and Armaggedon in the span of just a few years.

It wouldn’t take long until his testosterone-fueled, explosion-filled films became a parody of themselves, but much like Adam Sandler earned the right to do whatever he wants to thanks to his output during the same decade, it’s hard to hold Bay’s later works against him based on the classics he produced in the early stage of his career.

I would argue The Rock is the director’s magnum opus, as the movie—which celebrates its 25th anniversary today—hasn’t only stood the test of time but aged like one of the finest wines you’ll ever encounter. For the uninitiated, the blockbuster—whose plot may or may not have served as a catalyst for the invasion of Iraq—follows a special ops team tasked with infiltrating Alcatraz to stop a disgruntled general from launching missiles filled with a deadly nerve gas at San Francisco and features an absolutely incredible cast including Nicolas Cage, Ed Harris, and Sean Connery.

Connery plays John Mason, a former MI6 agent who successfully escaped the infamous prison in 1963 before being permanently detained by the United States government for stealing microfilm containing evidence proving the veracity of conspiracy theories concerning events like the Roswell crash and the assassination of John F. Kennedy.

Now, one dedicated fan of The Rock has treated us to an incredibly in-depth examination of a fan theory that the character Connery portrays is none other than another MI6 agent you probably associate with the actor: James Bond.

If you’re not in the mood to devote 18 minutes to the video breakdown, you can also check out the thread he posted on Reddit containing the more than 3,000 words he penned to outline an argument that’s pretty hard to write off once you read it.

Given the amount of work that went into it and the many pieces of evidence presented, I’d encourage you to check it out yourself. However, it essentially hinges on the idea that Bond was sent to (and subsequently escaped from) Alcatraz in between the events of Dr. No and From Russia With Love before being abandoned by the British government after his plan to secure the microfilm went awry in 1972.

He also theorizes the general knew what Bond (who likely used a code name upon his second capture) looked like after coming across an article about his faked death at the start of You Only Live Twice—a theory that’s backed by a clip of him addressing Mason as a “sailor” (Bond was described as a naval commander in the aforementioned newspaper story).

Is it far-fetched? Maybe, but I’m sold.