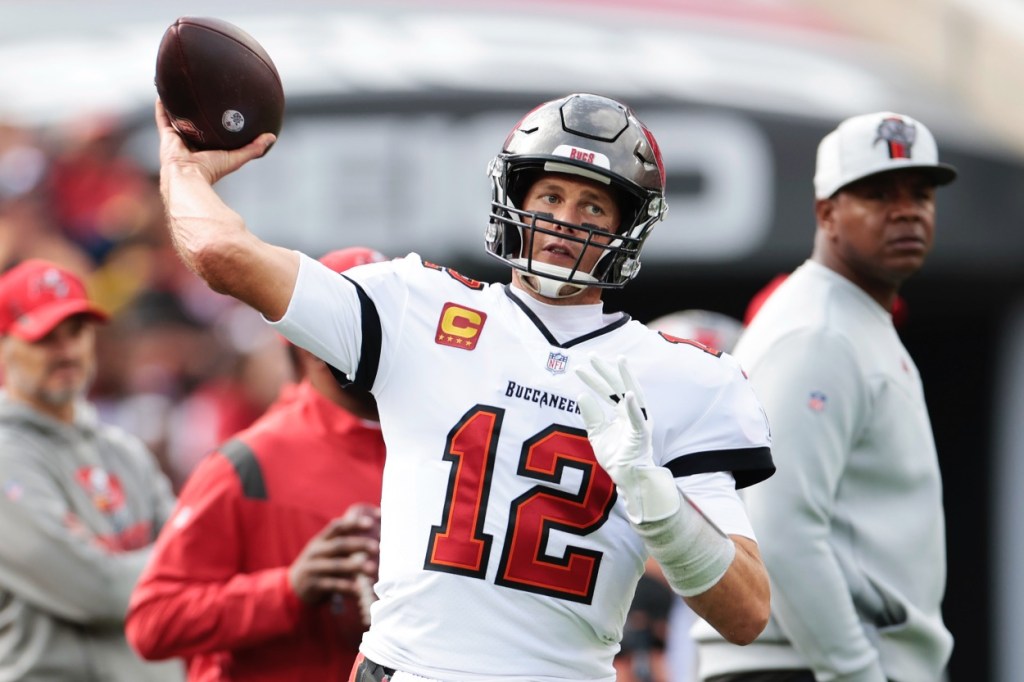 Tom Brady is an insanely busy man these days. He is about to lead my Tampa Bay Buccaneers to back-to-back Super Bowl titles and they’ll be one step closer after dismantling the Rams this coming weekend. Brady also recently launched a high-end collection of ‘Brady’ branded athletic apparel.

All things considered, the Brady Brand apparel pieces aren’t any more expensive than what you’d find from competitors in the athletic/athleisure apparel world. Fans were quick to clown on Tom selling a long-sleeve shirt for $160 and baseball cap for $65 but if you go look at the most popular retailers in the spice the prices are pretty much the same.

One of the pieces in the Brady Brand collection was noticed by fans as it looks nearly identical to the hoodie that Tom Brady was wearing in a 2005 appearance on The Simpsons. Yes, once again, The Simpsons has predicted something that came to life years later. The $95 Cotton Fleece Wordmark Hoodie with ‘BRADY’ emblazoned across the chest is spot-on to what Tom was wearing 17 years ago. 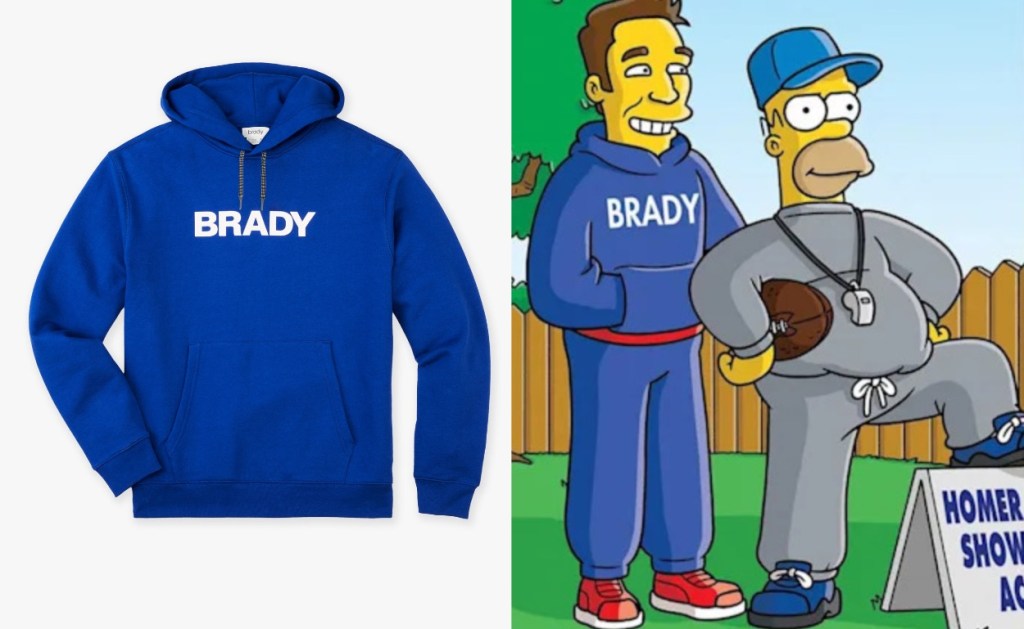 Once again, The Simpsons (2005 episode) has predicted the future. This time they nailed the design of Tom Brady's hoodie. pic.twitter.com/j6TcozHO5z

Let’s be honest here, this isn’t exactly like the time The Simpsons predicted 9/11. In that article from back in mid-November, The Simpsons executive producer Al Jean explained how the show is so good at predicting future events (Donald Trump’s presidency, a Nobel Prize winner, 2003 Siegfried and Roy tiger attack, and more). Basically, it’s a numbers game. Make enough episodes about the future and you’re bound to get something right.

It’s also interesting how deep they went with the blue color of that hoodie. It’s ‘Brady Blue’ which is part of a partnership with the Pantone Color Institute. They describe ‘Brady Blue’ as “bold, exuding strength and confidence, imbued with an inner intensity, emblematic of his self-determination and commitment to precision.” I’ll be honest, I’m kind of just seeing New York Giants Blue there.

It took Tom Brady 3 years to come up with a plain white hoodie that says “Brady” on it. https://t.co/FPLLQk212W

Here’s a look at some more Brady Brand designs:

This isn’t the clip of Tom on the show but it’s the opening of that episode, in case it rings a bell: