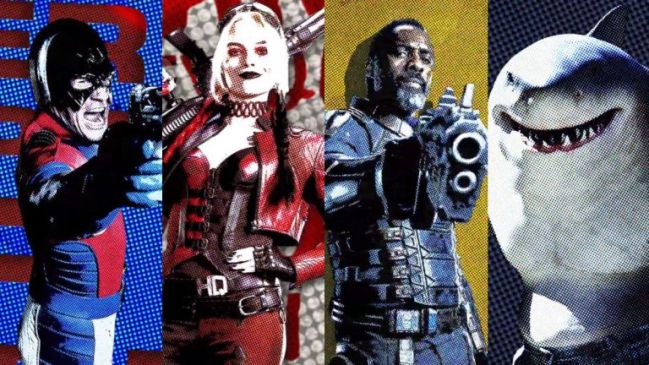 You’ve got to give credit to Warner Bros.: regardless of how you feel about it (personally, in a pandemic world, I’m psyched for it), the decision to move all of their 2021 films to HBO Max took some serious stones.

They didn’t simply decided to drop some of their JV content at streaming, in fact quite the opposite, as all of their projects (well, maybe except Dune), from big to small, are set to hit HBO Max the same day it hits theaters.

Included in that group is James Gunn’s highly-anticipated The Suicide Squad, the pseudo-sequel/reboot of the disastrous 2016 film. If anyone in the comic book movie industry has the chops to turn a ragtag group of anti-heroes into a beloved franchise, it’s Gunn, as he’s already done so with the Guardians of the Galaxy films. Despite the fact that 2016’s Suicide Squad was so poor, Gunn’s involvement alone make The Suicide Squad a promising prospect.

Despite the fact that the release of The Sucide Squad is still about half-a-year away, Warner Bros. released the official synopsis for the film, and it already represents a marked improvement over the first film, which featured supermodel Cara Delevigne as the primary villain. Yeah, it was grim.

Here’s the official synopsis for The Suicide Squad, via Warner Bros.:

“Welcome to hell — a.k.a. Belle Reve, the prison with the highest mortality rate in the US of A. Where the worst Super-Villains are kept and where they will do anything to get out—even join the super-secret, super-shady Task Force X. Today’s do-or-die assignment? Assemble a collection of cons, including Bloodsport, Peacemaker, Captain Boomerang, Ratcatcher 2, Savant, King Shark, Blackguard, Javelin and everyone’s favorite psycho, Harley Quinn. Then arm them heavily and drop them (literally) on the remote, enemy-infused island of Corto Maltese.”

“Trekking through a jungle teeming with militant adversaries and guerrilla forces at every turn, the Squad is on a search-and- destroy mission with only Colonel Rick Flag on the ground to make them behave…and Amanda Waller’s government techies in their ears, tracking their every movement. And as always, one wrong move and they’re dead (whether at the hands of their opponents, a teammate, or Waller herself). If anyone’s laying down bets, the smart money is against them—all of them.”

At this time, The Suicide Squad — which stars Margot Robbie, Idris Elba, John Cena, Joel Kinnaman, Viola Davis, and many more — is scheduled to hit theaters and HBO Max in the United States on Friday, August 6. Additionally, if you’re craving some DCEU content before then, Zack Snyder’s Justice League will hit HBO Max on March 18.

We’ll be covering The Snyder Cut, The Suicide Squad, and all things DCEU on the Post-Credit Podcast (we’ve also got an interview with Don Cheadle dropping on Friday), so make sure to subscribe and check that out!