Key Hidden Detail In Ep. 6 Of ‘The White Lotus’ Hints At Tayna’s Fate In The Finale 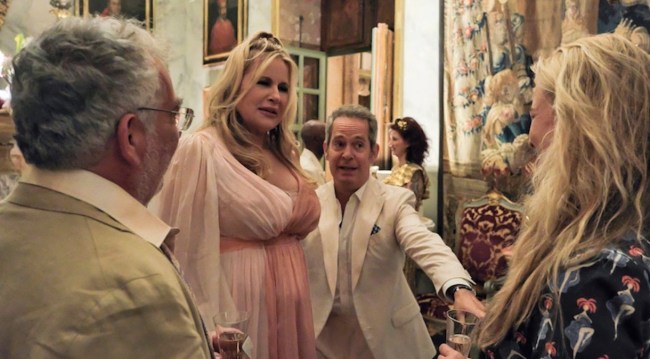 After an Emmy-winning first season that turned the series into an under-the-radar hit, HBO’s The White Lotus is now a full-blown pop cultural behemoth, as its viewership has not only exploded this year but its plot is perpetuating rampant fan discussions and theories.

Editor’s Note: this article will contain spoilers for “Abductions” — Season 2, Episode 6 of The White Lotus

With just one episode remaining, virtually every character on the board — except Daphne (Cameron’s wife), Valentina (hotel manager), Rocco (concierge), and Salvatore (concierge), as we saw them alive and well in the season premiere, which jumped forward in time — currently having the potential to die in the finale.

One character, though, may turn out to be safe — at least when it comes to their literal survival. And that’s Jennifer Coolidge’s Tanya.

During the penultimate episodes, eagle-eyed fans noticed a camera in the bedroom where Tanya is being seduced by the Italian drug dealer/escort. The theory is that the camera is being used to record Tanya committing an act of adultery so she violates the terms of her prenup with her husband Greg, who had to head back to the States for “work” back in the third episode. This violation would nullify the prenup and give Greg half of the marital assets should the pair get divorced.

Did y’all peep the camera in the bedroom?!?!? #WhiteLotus

Greg is getting that alimony! Tanya you are fucked 🤠 pic.twitter.com/xtikIoQks1

No way Tanya is dying.

WE SEE GREG IS THE COWBOY AND THERE IS A CAMERA IN THE ROOM WHERE TANYA IS ABOUT TO HOOK UP WITH THW ITALIAN #WhiteLotus pic.twitter.com/Iuhksoij2F

Even the nudity can’t distract from that giant fucking camera #WhiteLotus pic.twitter.com/3gPq86dpTm

As the theory goes, Greg is the “American cowboy” that Quentin previously said he fell in love with — fans certainly think that’s him in the bedroom photo of two cowboy-hat-wearing men in Episode 6 — and that he’s attempting to use Tanya’s money to help out the struggling aristocrat, as both Cameron and Jack have independently identified that he’s broke (Cameron’s was a hunch while Jack’s claim was based on actual knowledge). 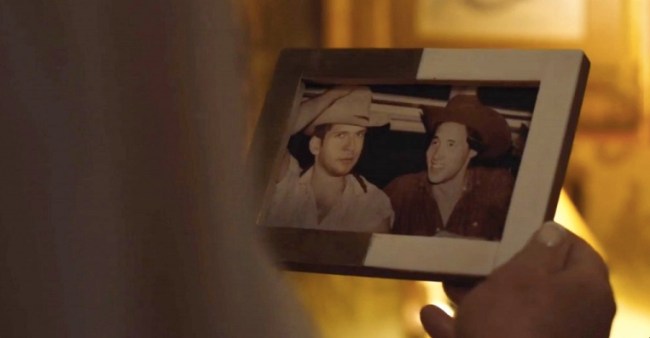 Making matters even more worrying for Tanya is the fact that the show made a point of calling out the fact that the Italian escort has a gun on him. And as the screenwriting rule of Chekov’s Gun says, a gun that’s shown on the wall in the first act *must* go off by the third act (and although The White Lotus is a TV series and not a film, the logic applies all the same).

The season two finale of The White Lotus will hit HBO and HBO Max on Sunday, December 11. The entire first season and the first six episodes of season two are currently streaming.

RELATED: ‘The White Lotus’ Star Theo James Compared The Prosthetic He Used To That Of A ‘Ginormous Donkey’