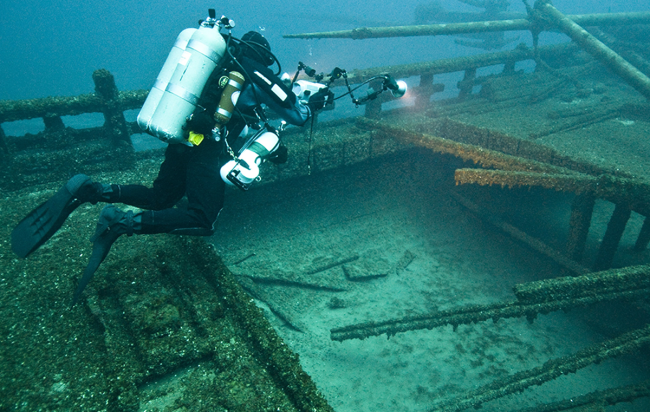 In recent years, there’s been an ever-escalating arms race between the thousands of breweries that have popped up as a result of the craft beer revolution that’s unfolded over the past decade or so. There’s arguably never been a better time to be a fan of beer as a result of the incredibly delicious libations that have been created as producers continue to push the envelope, including the many people who’ve gone to great lengths in an attempt to stand out in an increasingly crowded marketplace.

There was once a time when you were lucky to find more than one IPA sitting on the shelves when you headed into the store to grab some beer, but in a world where double-dry-hopped haze bombs made with five different varieties of the plant that give them their flavor have become the norm, many breweries have basically said “Hold my beer” by turning to some fairly unconventional strategies.

While storing beer in wooden barrels certainly isn’t anything new, many modern brewers have gravitated toward using containers that were once home to liquors like whiskey, cognac, and rum to age their product and infuse it with the essence of the former contents (and, more often than not, add an unnecessary of adjuncts ranging from chocolate to nuts to breakfast cereal to impart even more flavor.)

According to The New York Times, three breweries in the Argentinian city of Mar del Plata recently decided to team up and get in on the barrel-aging action themselves with a very intriguing experiment hatched in 2018 that led to seven containers being submerged in a sunken ship located five miles off the coast under 66 feet of water last November. The goal was to retrieve the barrels in January before mixing them with preexisting beer to create a strong ale, but the plan hit a bit of a hitch when they went to bring them back to the surface to discover they’d vanished.

While no one seems to know exactly what went down, it seems a team of divers made their way to the shipwreck at some point and released the barrels from the containers keeping them secure. While one of the men overseeing the endeavor believes the culprits were vandals who cut them loose “for malice’s sake,” it’s hard to believe anyone would go to such lengths just to sabotage the endeavor.

However, if the plan was to consume the contents, they might be disappointed, as one of the brewmasters involved described the product as “a lukewarm, gasless liquor that would be very difficult to drink.” If imbibing was indeed the goal, I feel like figuring out a way to steal kegs without having to, you know, hop on a boat and dive down to the seabed would’ve been slightly easier, but hey, what do I know?