T.I. Weighs In On The 50 Greatest Rappers Of All-Time Debate, His Top 10 List Features Drake And Lil Wayne 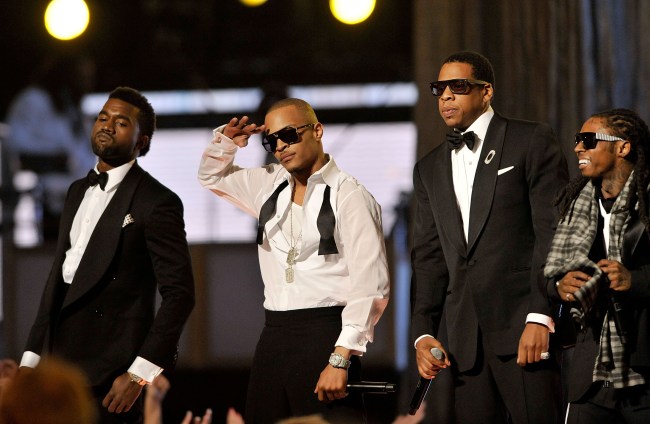 The debate over the greatest rappers of all-time wages on and now T.I. has weighed in on the heated debate. Tip’s list of top 10 best rappers includes hip-hop fan favorites, including Tupac, Biggie, Snoop Dogg, Jay Z, and Eminem.

The debate on the greatest rappers of all-time is intriguing because you’re comparing rappers from different eras who have conflicting styles and individual messages. Attempting to defend your top rappers versus another person’s best-ever list is a fun, yet challenging exercise. T.I. was up to that challenge, and his greatest rappers of all-time list is superb, yet you could point out some flaws in the rankings.

2Chainz commented on the list of the top rappers by writing: “Hahahah I got bodies all in that list.”

Common joked around and said: “Let me check the calendar to see if it’s April 1st. 😂😂😂 FYI, no list is perfect people. It’s just a fun game to play.”

The music artists in Tip’s top 10 are fantastic, but as in all lists that are not your own, there are some issues. Nas should be in the top four, and Drake should be lower than #6. Rakim should be higher than #17, and Slick Rick is better than #27. J. Cole is too high at #34. Another issue is why is KRS-One not on this list? Where is Fat Joe? Does Future really deserve to be in any top 50 rapper list?

T.I defended his 50 greatest rappers of all-time list on his ExpediTIously podcast.